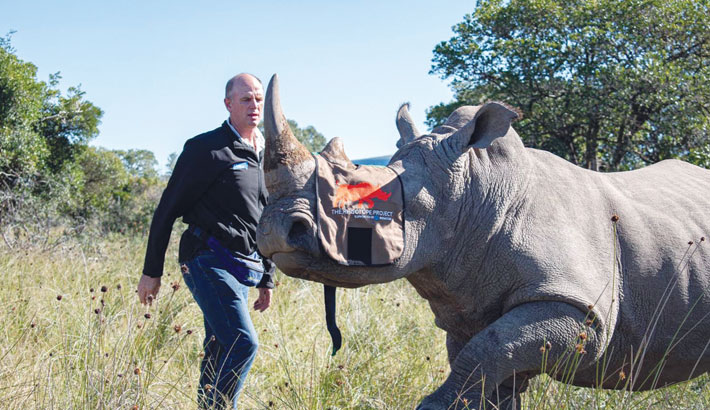 Nuclear science will protect African Rhino as the concern authorities have launched a anti-poaching ‘Rhisotope Project’ mid of the current month.

The launch of the project happened at the magnificent Buffalo Kloof Private Game Reserve, Africa, said a Rosatom release.  For the next three months, scientists will monitor the rhinos and analyze various samples to understand how the isotope interacts within the horn and the animal.

The key aspect of this research will be to confirm that by introducing radioactive isotopes into the horns of these rare and beautiful animals.

The Rhisotope Project is multifaceted and relies on the following key principles, demand reduction and horn devaluation, community upliftment and investment, education as well as rhino research and data collection. With over 10 000 radiation detection devices installed at various ports of entry across the globe, experts are confident that this project will make the transportation of horn incredibly difficult and will substantially increase the likelihood of identifying and arresting smugglers.

Once the research work has been completed and a proof of concept has been demonstrated, this technique will then be offered to both state and private rhino owners on the African continent and globally.

“We are incredibly proud to play a fundamental role in this amazing initiative, which has the potential to save this incredible species from certain extinction”, noted Ryan Collyer, CEO of Rosatom Central and Southern Africa.

The project which is based on nuclear science, has the potential to drastically reduce Rhino poaching. The project was initiated by the University of Witwatersrand and is being implemented under a global collaboration with the Australian Nuclear Science and Technology Organization, Colorado State University (USA), ROSATOM and the Nuclear Energy Corporation of South Africa as well as global scientists, researchers, South African rhino owners and veterinary surgeon Dr William Fowlds.