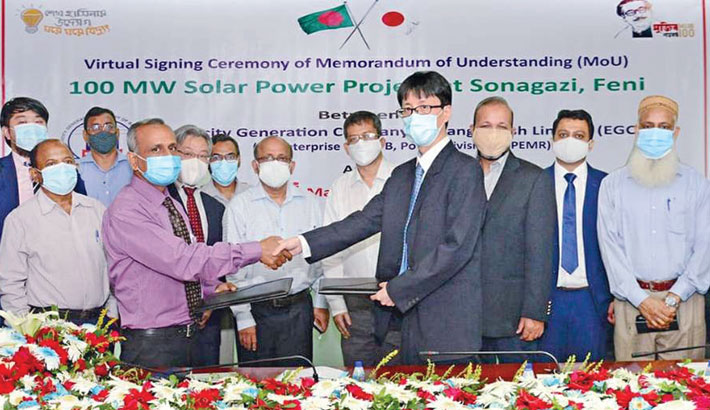 Currently, the electricity generation capacity of the state-owned EGCB has 954MW including 120MW in Siddhirganj Power Plant and 412MW Haripur Power Plant. Besides, Marubeni Corporation has been installed around 12 gigawatts of electricity in 19 countries.

Nasrul Hamid said the MoU for a solar power plant is a part of the government efforts in encouraging renewable energy.