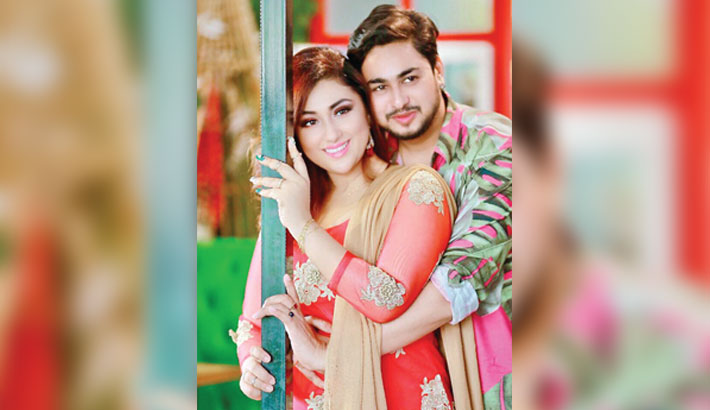 After a long hiatus popular film actress Apu Biswas has began shooting for her new film ‘Prem Pritir Bondhon’. Actor Joy Chowdhury will be seen opposite Apu Biswas in the film. Earlier, Joy acted in the movie Hitman with Apu Biswas as

In the meantime, the shooting of the film started at Bangladesh Film Development Corporation (BFDC) on Monday. Solaiman Ali Lebu is directing the ‘Prem Pritir Bondhon’.

About the movie, Joy Chowdhury said, “‘Prem Pritir Bondhon’ is a social romantic movie. The  shooting will continue till May 29 at BFDC. Then, we will move to Kushtia for next lot shooting.”

“The story of the film is very nice. I will play the role of a young man who always raises his voice against the oppression in the society. I hope the audience will enjoy my character in the film,” he added.

Director Solaiman Ali Lebu said, “We have a plan to release the movie in this year and we are working for that. Hope we will produce a good movie to the audience.”