Mostofa Murder: Did Joseph, Haris and Anis Get Justice? (Part – 4) 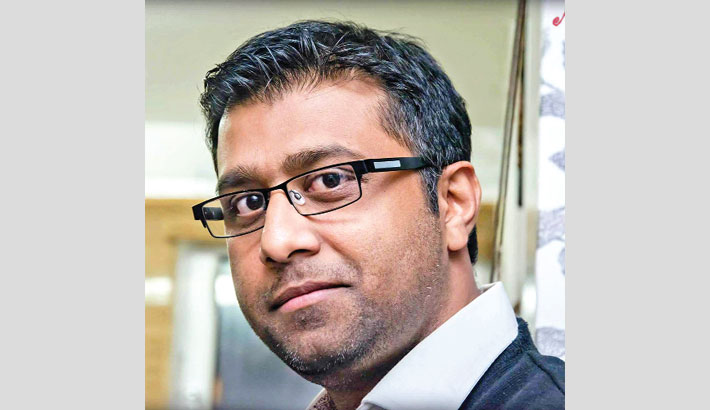 In the previous three episodes, I have highlighted the political background and the persona of the slain Freedom Party terrorist Mostofa. The then political scenario would help readers understand why the three siblings Joseph, Harris and Anis were convicted in the Mostofa murder case, though the prosecution could not prove the allegations against the three brothers beyond doubt.

This episode is dedicated to pinpoint some of basic the flaws in the Mostofa murder case trial.

Mostofa was killed at around 2.30 am on May 7, 1996. Mostofa’s wife Rashida Parvin filed a case on her husband’s murder. The case made Tafail Ahmed Joseph the main accused (number one accused) while Anis Ahmed and Haris Ahmed were made the fourth and the fifth accused respectively.

In the complaint (ejahar), the slain Mostofa’s wife Rashida Parvin, the plaintiff, said Mostofa came in front of LGED office in Lalamitia from Motijheel in a baby taxi. Another criminal associate Rafiqul Islam Bahar accompanied him. Mostofa got down from the baby taxi as he saw another accomplice Shadhin Kumar Majumder alias Shadhin there. While Mostofa was about to talk to Shadhin, the accused persons encircled her husband, she said.

Rashida Parvin said in the statement, Joseph pointed pistol on Mostofa’s back, snatched his licensed pistol and shot Mostofa on his right heel and two thighs.

At the same time, Haris Ahmed, plaintiff said, shot Shadhin on his right hand and right side of his chest with his revolver.

Rashid Parvin also said that the number two accused Masud shot Mostofa with a pistol while Hasib and other accused persons held Mostofa and Bahar. She also said Masud shot her husband on the lower portion of the chest with Mostofa’s pistol.

Without naming anyone, Rashida Parvin further said the accused persons left in a car and a baby taxi after they severely injured Mostofa who later died in a hospital.

In the deposition, first witness Rashid Parvin said her statement was based on the accounts of the incident by her husband. Again, during the interrogation Rashid Parvin changed her statement and said she could not properly listen to what her injured husband told her about the incident. But she did stick to her point that the number two accused Masud shot her husband. At the time of interrogation, Rashida Parvin said she told the Mohammadpur police station officers that Haris Ahmed shot her husband, but she did not refer to it in the complaint.

Here is not the end. The prosecution witness number 13, Saidur Rahman, an employee of CDS Printers, looked at the accused persons and said he did not see them commit the crime. He said Mostofa was shot inside the CDS Printers.

But the plaintiff Rashida Parvin and Shadhin in their statements said Moftofa was shot in front of the house 3/7 in Lalmatia.

Another witness Rafiqul Islam Bhahar’s statement also conflicted with that of Rashida Parvin’s.

Mostofa’s brother Habibur Rahman Mizan alias Pagla (mad) Mizan in his statement said he went to Pangu hospital and talked to the injured Shadhin Kumar Majumder who told him that Joseph shot him on his chest.

But eye witnesses Shadhin and Bahar in their statements said that Joseph shot Mostofa on his chest and belly.

Another interesting issue is the ‘death bed’ statement of Mostofa. The statement said that Haris shot Mostofa with his licensed pistol. This is really abnormal that a critically injured person sustaining nine bullets could clearly testify before a magistrate that Haris shot him with a licensed pistol. The injured Mostofa also said Masud shot him in the leg with a Five Star pistol.

The questions remained how Mostofa knew that Haris’s pistol was licensed and Masud’s pistol was Five Star. Was Mostofa looking at the type of guns being used to kill him or was he trying to save his life when he was attacked? Is it possible for a victim to observe the gun at the time of his murder? A vivid statement like this is impossible to come by from a critically injured person like Mostofa.

The aforesaid references clearly showed that the trial featured conflicting statements and depositions on who shot whom, whose shot killed Mostofa, and even the place of occurrence. Different statements referred to different places of occurrence: 3/7 Lalmatia, 4/8 Lalmatia and CDS Printers at block A Lamatia.

Other than Selim Chowdhury, nobody referred to the incident of altercation involving three people inside the CDS Printers.

The Mostofa murder case was full of contradicting statements, descriptions and flaws. The three siblings were not proved beyond doubt that they were the perpetrators. Punishing an accused without proofs beyond doubt was not a proper trial.

So, questions arise what actually led to Mostofa’s murder. Was he killed due to the internecine conflicts of the Freedom Party—a regular phenomenon? There are scopes to raise such questions. (To be continued)

Nijhum Majumder is a writer and lawyer.