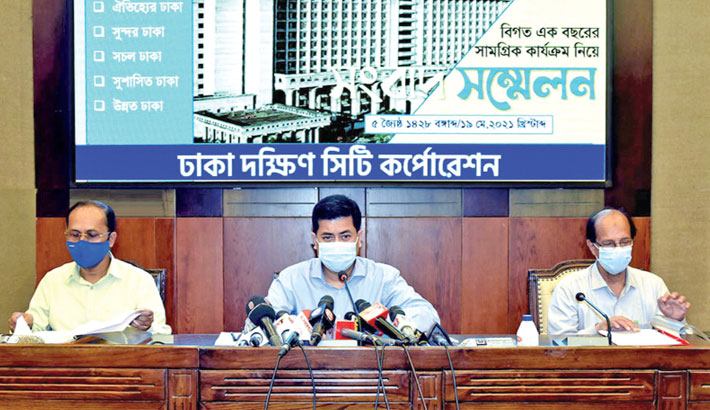 Dhaka South City Corporation (DSCC) Mayor Sheikh Fazle Noor Taposh on Wednesday said city dwellers will get rid of the nagging waterlogging problem to a large extent this monsoon, as the DSCC has carried out many different tasks to find a solution.

He made the statement at a press conference at DSCC Nagar Bhaban marking his first anniversary in office.

The mayor said they have taken charge of four canals, two box culverts and some pumping stations from Dhaka Water Supply and Sewerage Authority (WASA).

“We have so far collected and removed more than one million ton waste from the bed of the canals and box culverts to ensure water flow in the water bodies,” he said.

Taposh said they will clean 715-km long drainage and 185-km long sewerage line by 20 June in order to rid the city dwellers of the water-logging problem.

He said the City Corporation has reclaimed and demarcated the canals and knocked down illegal establishment on the water bodies.

Taposh also hoped that they would build a community centre, a secondary transfer station of waste, a kitchen market and a playground in every ward during his tenure.