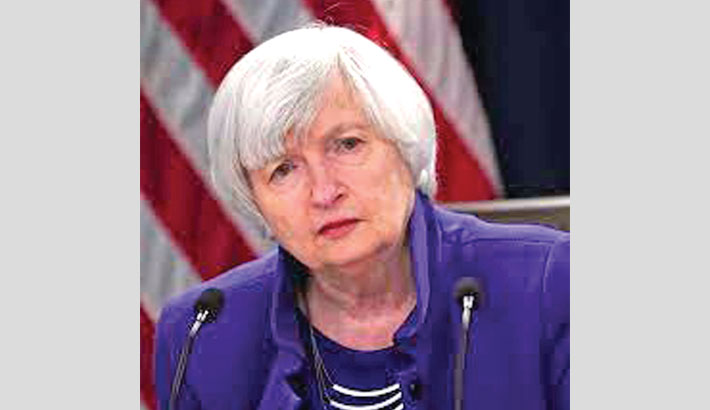 WASHINGTON: US Treasury Secretary Janet Yellen defended President Joe Biden’s US$2.2 trillion infrastructure corporate tax hike plans on Tuesday, telling the US Chamber of Commerce that the proposals will enhance the profitability and competitiveness of American corporations.

In remarks prepared for delivery to the business lobby group, she said the “Jobs Plan” infrastructure investments would have a direct payoff to the American people, create jobs and simply “return the corporate tax rate toward historical norms.”

“We are confident that the investments and tax proposals in the Jobs Plan, taken as a package, will enhance the net profitability of our corporations and improve their global competitiveness. We hope that business leaders will see it this way and support the Jobs Plan,” she said, report agencies.

Dr Yellen is taking her pitch for Mr Biden’s tax and spending plans directly to an organisation that is deeply opposed to raising the corporate tax rate, which was cut to 21 per cent from 35 per cent by the Trump administration and Republicans in Congress in 2017.

Biden is proposing to raise the rate to 28 per cent, while negotiating a global minimum corporate tax with major economies. Biden’s proposal goes well beyond traditional infrastructure such as road and bridges and proposes to invest in broadband networks, research and development, modernised schools and expanding child care to bring more women into the workforce.

Dr Yellen said that the package will “make up for lost time” in investing in renewable energy technologies and protecting against cyber threats.

“The transition to a greener economy will provide a multi-decade boost to the economy, creating jobs along the way as the private sector participates in the development of new technologies, new investments, and the new products that will drive the global economic transformation.”

She also said that in the areas of trade and investment, the Biden administration will fight for a level playing field and “confront adversaries who take advantage by ignoring or abusing rules and norms of behaviour.”