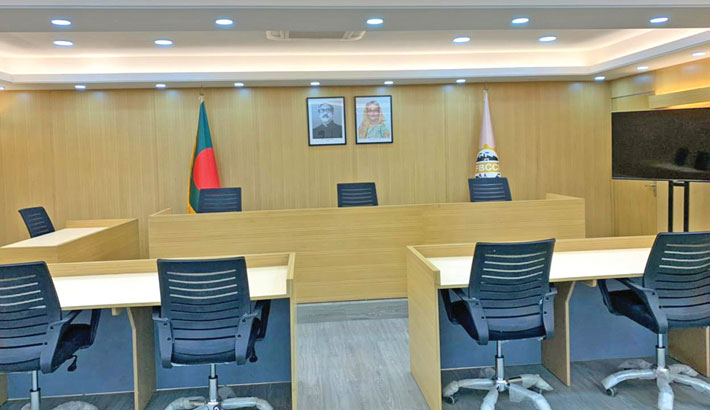 Addressing the event as the chief guest, Shafiul Islam Mohiuddin praised the initiative of launching the FBCCI Institute and FBCCI ADR Center.

“The initiatives are commendable ones. I hope the next leader of FBCCI will take the initiatives further ahead,” he said. Mohiuddin hoped that the business community of Bangladesh will continue to make progress globally. Speaking at the inauguration, Sheikh Fazle Fahim said, “The sole purpose of the ADR Center is to settle trade disputes in a short time at a low cost.”

He said the two institutions would play a pivotal and positive role in building better industry-academy linkage and boosting trade and economy of the country.

Fahim said they would help the economy improving the ease of doing business and resolving disputes in prompt manner.

Currently, a dispute takes an average of 8 years to be resolved.

The top business leader of the country believes that the FBCCI Institute and the FBCCI ADR Center would present the country globally on a much larger scale.

He added that the initiatives currently taken by the FBCCI would help to elevate future boards of the association institutionally.