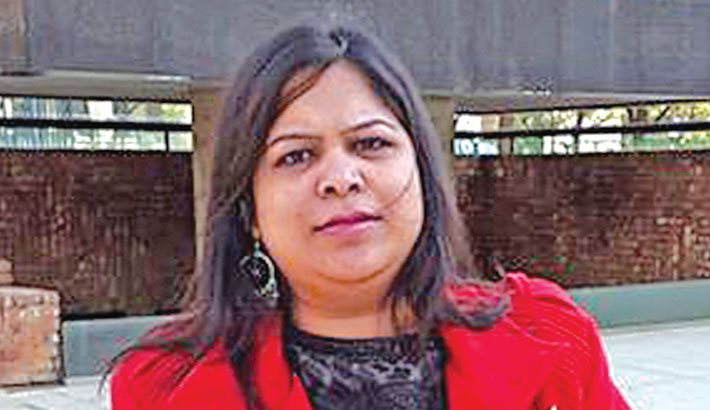 A Dhaka court on Tuesday sent Prothom Alo Senior Correspondent Rozina Islam to jail after rejecting remand pleas in a case filed against her under the Bangladesh Penal Code and the Official Secrets Act.

Opposing the remand prayer, defence lawyers submitted a petition seeking bail for Rozina in the case.

After hearing the remand petition, the court turned down it and sent her to jail. The court, however, fixed tomorrow for hearing the bail petition.

The court also asked the authorities concerned to take steps for her treatment as per the jail code following a petition submitted by Rozina’s lawyers.

Meanwhile, accepting the case, the court fixed July 15 for submission of the probe report in the case filed by Health Ministry’s Deputy Secretary Shibbir Ahmed Osmani.

Earlier on Monday, Rozina was kept confined to the Health Ministry for more than five hours before being handed over to police.

She was later sued by the ministry on charges of ‘theft and photographing’ of official documents.

Rozina’s family and journalist leaders claimed that the Prothom Alo correspondent had earlier reported on corruption of the Health Ministry officials. For this, she was inhumanely confined for five hours and finally implicated in the case. Different organisations, including national and international human rights bodies, journalists’ associations and political parties, condemned the incident, and demanded Rozina’s immediate release and probe into the harassment she faced.

The Editors’ Council (Sampadak Parishad) on Tuesday also expressed deep concern over the incident and demanded immediate withdrawal of the case filed against the journalist.

In a statement, Editors Council’s President Mahfuz Anam and General Secretary Naem Nizam also demanded unconditional release of Rozina and meting out punishment to those involved in the incident through fair investigation.