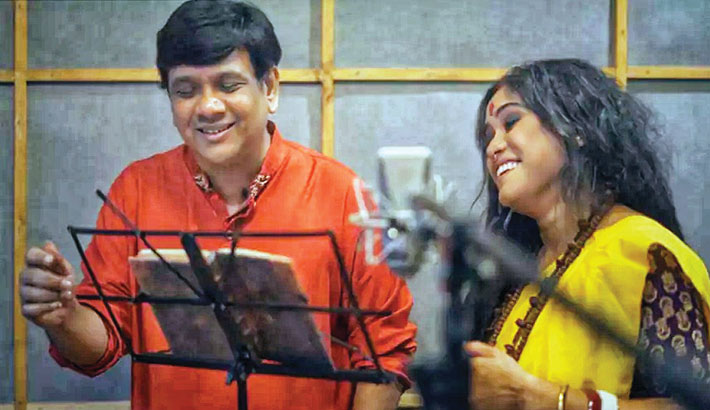 Bangladeshi singer Sabbir Nasir and Indian singer Sampa Biswas’s duet song ‘Binodini Rai’ is getting huge appreciation from music lovers. The track was released on the occasion of Pahela Baishakh. The song has garnered millions of views on YouTube and other platforms within a month after its release.

‘Binodini Rai’ is Sylheti Dhamail genre song. Plabon Koreshi has penned and composed the track while Real Ashik has arranged the music.

Sabbir Nasir said, “I’m overwhelmed by the audience reaction to the song. I’m thankful to the audience of two Bengals. The song’s success has proved that people want to quality music. It is my first collaboration with Sampa Biswas and Plabon Koreshi. I’m looking forward to work with them more in the future.”

Sampa Biswas shared, “I’m happy that ‘Binodini Rai’ has been well received by the audience.  The recording of the song was done in Bangladesh. Earlier, I have sung ‘Indubala’ under Plabon dada’s composition. But this is my first collaboration with Sabbir bhai. We have tried to sing the song wholeheartedly. I can say we are successful as people like our song.”

Plabon Koreshi also said, “We have received a huge positive response for the song. I’m grateful to the audience.”