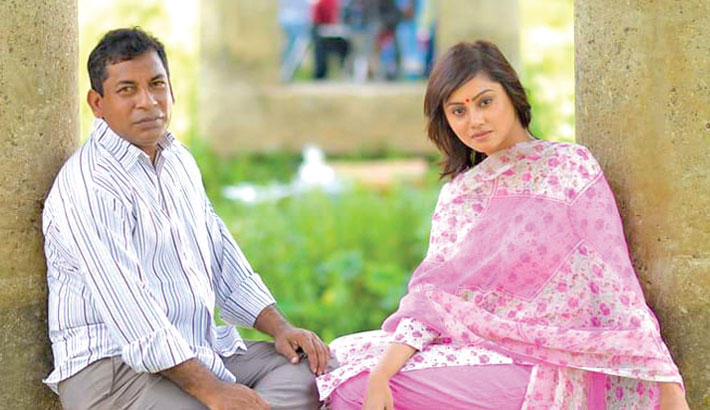 Popular actor Mosharraf Karim and promising actress Rehnuma Mostafa have paired up for a telefilm for the first time. The title of the romantic tragedy film is ‘Kongkal Chor’.

Written by Rajibul Islam Rajib, the telefilm has been directed by Mehedi Roney. The telefilm will be aired on Channel i at 02:30pm today.

Mosharraf Karim will be seen stealing ‘kongkal’ (skeleton) for Rehnuma in the film.

“The story of the telefilm is different from other usual stories. Simply the story is amazing. Through the telefilm, I’ve worked with Rehnuma for the first time. She has done her job wonderfully. I hope the audience will also enjoy the telefilm very much”, said Mosharraf Karim.

Rehnuma said, “‘Kongkal Chor’ is a romantic tragedy telefilm. Director Mehedi Roney has made the film with utmost care. We have also tried our level best to portray ourselves according to the characters. Mosharraf bhai helped me in various ways in the time of shooting. I express my gratitude to Mosharraf bhai.”

Besides Mosharraf Karim and Rehnuma Mostofa, Khalid Hasan, Kochi Khandokar and others will be seen in ‘Konkal Chor’.