Mostofa Murder: Did Joseph, Haris and Anis Get Justice? (Part – 3) 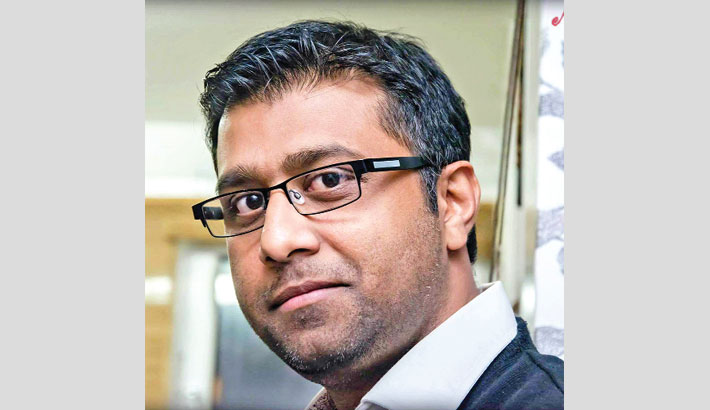 My two previous episodes on the trial of Mostofa murder case and conviction of Tofail Ahmed Joseph, Anis Ahmed and Haris Ahmed were aimed at giving readers an impression about the persona of the terrorist portrayed as a businessman by the Qatar-based Aljazeera TV in its fictitious documentary All the Prime Ministers’ Men. This is totally a lie: the slain Mostofa had been a terrorist and top-grade criminal who had been at the beck and call of the military ruler H.M. Ershad, the right-wing militant outfit Freedom Party and the Bangladesh Nationalist Party (BNP) until his death in 1995. He had been a notorious armed bandit of the Freedom Party.

I do agree with the idea that the criminal record of a person does not justify his killing in a democratic polity. The judicial system has been in place to try the criminals. But the point I am trying to make through this series is, the convicts—Joseph, Haris and—did not get justice. They have been scapegoated for their political belief, mass popularity and dedication to the politics of the Awami League—now the ruling party.

I would narrate the discrepancies of the trial as well as the associated multidimensional political equations which convinced me that the three siblings, Joseph, Haris and Anis did not get justice. I would thoroughly discuss the flaws of the in part four and five of the series.

This part contains the political aspect of implicating Joseph, Haris and Anis in the Mostofa murder case.

Wadud and his spouse Renuja Begum started their conjugal life in Dhaka city with sky high dreams. They had been a happy family with promising boys and girls. But the dream turned into a nightmare for a decision.

In the late 1980s or early 1990s, Abdul Wadud bought a two-storey building in Dhaka’s Mohammadpur neighbourhood by taking a loan from the House Building and Finance Corporation (HBFC), a government agency providing housing loans to individuals. This HBFC used to charge exorbitant interests.

As Abdul Wadud went to his village home, the local musclemen forcibly occupied his house, evicting the whole family. It was like a nightmare. Overnight, the family turned homeless. They did not get any support from the police to get their house back from the powerful criminal gang.

Eldest son Anis Ahmed stood by Abdul Wadud to maintain the 10-member family, though Aziz Ahmed was a commissioned army officer and serving as an Army Major posted outside Dhaka at the time of the eviction.

Among all brothers, Tipu had been the most talented while the youngest Joseph was a meritorious student.

Haris had been involved in the politics of Awami Jubo League, the youth front of the Awami League, in Mohammadpur neighbourhood, one of the important areas in Dhaka city. Haris became a popular leader in the area.

Following his brother, Tipu and Joseph got associated with the Awami League politics, too. The three siblings Haris-Tipu-Joseph alliance turned into a name of trust for the Awami League which had been under tremendous political pressure from the military ruler HM Ershad’s Jatiya Party, the Freedom Party and the BNP to some extent.

Fuelled by the military ruler Ershad, the Freedom Party had been the most hostile to Awami League and its President Sheikh Hasina. This militant outfit used to carry out frequent attacks on the Awami League meetings and rallies with the ultimate goal of assassinating Sheikh Hasina and her sister Sheikh Rehana like their father, mothers, brothers and other members on August 15, 1975. Col (Rtd) Faruk, Col (Rtd) Rashid, Major (Rtd) Bazlul Huda and others accomplices perpetrated the Aug 15 massacre.

With the financial support from Libyan dictator Muammer Gaddafi and HM Ershad, Col Faruk-Col Rashid-Major Huda set up the Freedom Party which had the only mission to foil Awami League rallies and gatherings across the country.

In addition to the opposition parties, the internal division in the politics of the Awami League in Mohammadpur added fuel. Hazi Makbul Hossain, who in 1996 became an MP from Mohammadpur constituency on Awami League ticket, had been very worried about the rising popularity of Haris-Tipu-Joseph leadership. Hossain started promoting the anti-Awami League forces against the three brothers in a bid to establish absolute control over the Awami League politics in Mohammadpur and other adjoining parts of Dhaka city. He also promoted the Freedom Party armed cadres like the slain Mostofa and his cartels as counterweight to Haris-Tipu-Joseph leadership.

In 1991 or 1992, Morhsed, another listed terrorist, stabbed Joseph, then a popular Chhatra League leader, on his back. Joseph’s transgression was that he addressed one of the members of Morshed’s criminal gang, as ‘Tumi’ (you), a demeaning address, instead of Apni, a revered address. In today’s context, this is very unusual. But violence and murder over addressing ‘Tumi’ had been very common in 1980s and 1990s.

The stabbing damaged Joseph’s lungs but he survived.

On another occasion, the same Morshed gang hit Joseph’s head with an iron rod from behind to kill him. He had severe head injury, but he survived again.

In one evening, the Morshed gang members attacked the house of Joseph with automatic guns to kill Joseph and the two brothers. But they escaped the attack since the three brothers were out.

But the family did not get any police support as the Awami League’s arch foe the BNP was in power. The BNP instead promoted the gangs against Joseph-Tipu-Haris and harassed the entire family with frequent police raids and searches.

Besides the Morshed and Mostofa cartels, criminal gangs of Solu, Setu and others made the brothers’ escape cut off. The criminal gangs even did not allow their sisters to go to schools and colleges.

Given the suffocating situation, Joseph had to fight back. He embraced a life with one-way traffic: do-or-die.

Elder brother Anis once mercilessly beat up Joseph for his entry into politics, a decision that brought all evils for the entire family: attempt on life, police harassment, political attacks, injustice and so forth. The society branded Joseph a terrorist, but nobody took into consideration the injustice he endured only for his political belief. (To be continued)

Nijhum Majumder is a writer and lawyer.