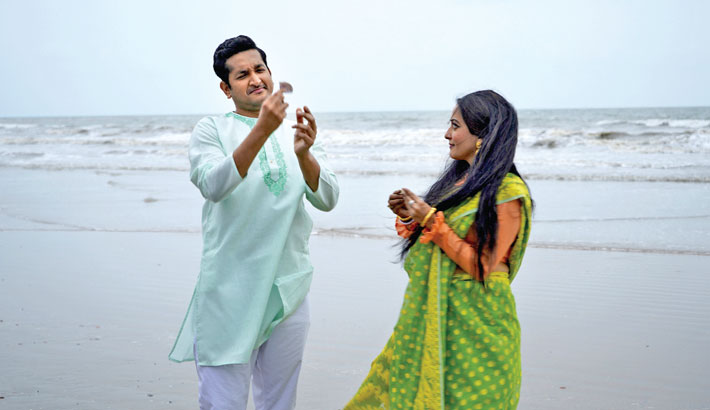 Popular Indian Bengali actors Parambrata Chatterjee and Raima Sen have featured in a Bangladeshi song for the first time. The title of the song is ‘Aaj Ai Kotha Diley’.

TM Productions chairperson Farzana Munny has planed and produced the song while Kaushik Hossain Taposh and Dilshad Nahar Kakoli have lent their voice to the track.

Dipto has written and arranged the music of the song composed by Taposh.

About the song, Parambrata Chatterjee said, “As a Bengali, I’m proud to work with Gaan Bangla TV and Wind of Change. When I heard that Taposh is associated with the song, immediately, I agreed to work in the song. It is really an amazing song, and I have fond memories of working on the music video.”

Raima Sen said “I have enjoyed the song as a model of the music video. I and Parambrata Chatterjee have tried to give our best in the song. I hope that people are enjoying our acting in the music video.”

The song ‘Aaj Ai Kotha Diley’ is Taposh’s first duet song.  Taposh said, “Dipto has arranged the song with utmost care. Kakoli did a commendable job in it too. I am grateful to the producer Farzana Muni and other artistes who have made a wonderful music video.”