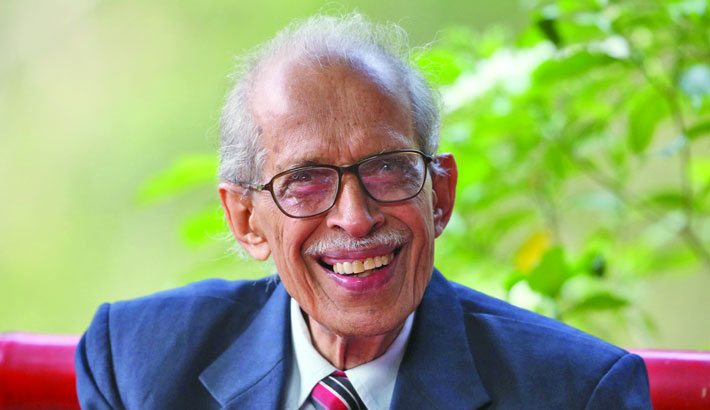 National Professor Brigadier (Retd) Abdul Malik has been awarded World Hypertension League Excellence Award, a prestigious international award, for his contribution to reducing the risk of hypertension in Bangladesh.

The World Hypertension League (WHL) has given Abdul Malik the award in the category of ‘Diplomacy and Advocacy for Population Hypertension Risk Reduction’, said a press release of National Heart Foundation of Bangladesh (NHFB) on Monday.

The award is the recognition of his role in creating awareness among the people about controlling hypertension.  The WHL announces the award on May 17 every year on the occasion of World Hypertension Day.

Abdul Malik, the pioneer of cardiac treatment in the country and the founder and president of the National Heart Foundation of Bangladesh, has been working for a long time to prevent and control hypertension and other risk factors of cardiovascular diseases in Bangladesh.

Abdul Malik also got World No Tobacco Day Award-2014 from World Health Organisation (WHO) in recognition of his outstanding contribution to tobacco control.

He received honorary PhD from Bangabandhu Sheikh Mujib Medical University (BSMMU) for his role in medical science in 2015, “Dr Mohammad Ibrahim Memorial Gold Medal” 2018 from Dr Ibrahim Smriti Parishad for special contribution to heart disease treatment in Bangladesh and Honorary Fellowship from Bangla Academy in 2019 for his role in medical science.