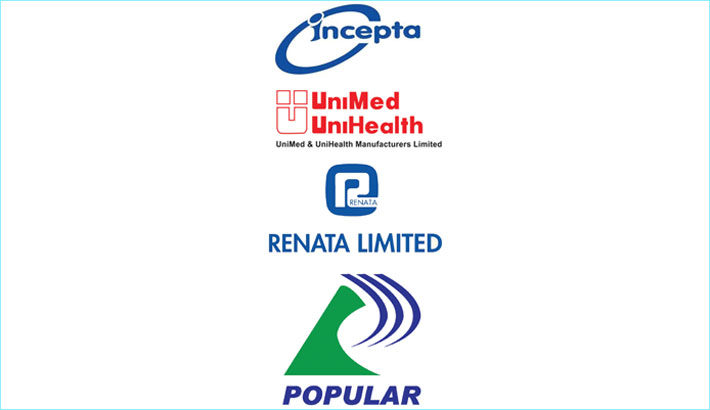 Though local pharmaceutical companies are showing a growing interest in either procuring or manufacturing Covid vaccines, local health experts say it is the government not the private sector that should collect or produce jabs for ensuring their quality, affordability and accessibility, reports UNB.

They also voiced doubt about the capabilities of the three companies that proposed the government to manufacture Russia’s Sputnik V vaccine in Bangladesh.

The analysts suggested the government assess whether the Institute of Public Health (IPH) or state-owned Essential Drugs Company Limited (EDCL) can be modernised within a short period of time to manufacture Covid vaccines.

He said the companies gave their proposals to the government for producing the same vaccine and their capabilities will be scrutinised.

Besides, the DGHS official said Renata Limited, another Bangladeshi pharmaceutical company, has sought permission from the government to import Moderna’s Covid-19 vaccine and discussions are going on in this regard.

Robed said the government is also assessing the prospect of manufacturing any vaccine here either by private companies or any public institution. 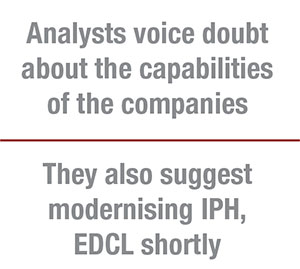 Though the three companies are talking about manufacturing vaccines, Dr Be-Nazir Ahmed, former director (Disease Control), DGHS, said he has a doubt about their capacity to do so.

He said these companies can import vaccines in bulk from Russia or China for marketing it after bottling or packaging here. “But it’ll take a plenty of time to meet the demand through importing vaccines in bulk. The government should seriously evaluate the capacities of the companies applied for permission to produce vaccines.”

Dr Benazir said Incepta is currently importing tetanus vaccine in bulk from abroad and marketing it through bottling here.

Prof Muzaherul Huq, a former adviser to WHO South-East Asia region, also thinks these companies are not well-equipped to manufacture the vaccine.

“Bangladeshi companies surely produce very quality medicine. But they don’t have adequate preparations and facilities to produce the Covid vaccine. As some companies are showing their interest in manufacturing it, their capacity should be properly examined.”

through agreement with Russia or China. He said IPH has a long experience of producing vaccines. “The government can manufacture Covid vaccines under its own supervision through enhancing IPH’s capacity.”

Muzaherul, a former director of the IPH, said it was a reputed institution across Asia as it used to produce DPT, polio and cholera vaccines. “But its condition has deteriorated due to negligence.”

He said even the government can take help from Russian or China to strengthen IPH and produce their vaccines. “It’ll help ensure the quality of vaccines and keep the production price at a lower level.”

Be-Nazir said IPH was once a very big organisation for producing vaccines, but it was ruined due to negligence, corruption and irregularities.

He said Bangladesh Society of Medical Microbiologists formed a committee in 2008 making him the member secretary of it for the revival of IPH. “We found it difficult to revive the organisation without huge investments. It can still be restructured and made ready for producing vaccines, but it’ll take time and money.”

Be-Nazir, however, said Essential Drugs Company Limited (EDCL), the only state-owned pharmaceuticals company, can produce vaccines if the government strengthens its capacity.

“We need to have our own institution to produce vaccines. Every year we need many vaccines for our children and we can produce those from our own institution. We can also export those after meeting our local demand,” he observed.

Public health expert MH Chowdhury (Lenin), chairman of the medicine department at the Health and Hope Hospital, said, “It seems that we’re only interested in cash purchases instead of building our own institutions. One thing is clear: the way coronavirus is being muted and new variants are emerging, it won’t be possible for us to import vaccines from abroad year after year.  “So, we should focus on building an institution in the country to produce vaccines by the government.”

Collecting and providing vaccines by govt

Prof Muzaherul Huq said Bangladesh needs at least 25 crore doses of vaccines to attain herd immunity. “I think these jabs should be collected by the government as it will have to provide those to people free of cost.”

He also said the government should make all-out efforts to get the jabs of AstraZeneca as there are huge stocks of it in the USA, Canada and many European countries. “I think these jabs can be collected from these countries on a priority basis through intensifying diplomatic efforts.”

Besides, Muzaherul said, the government should also continue its efforts to get vaccines from China and Russia. “The government can bring vaccines from other countries and sources, but it should keep in mind whether the country has the capacity to properly preserve those.”

Muzaherul said when the private sector will produce or procure vaccines, they will do it to make money. “So, vaccine prices will be much higher. “That’s why I think the government itself can do it.”

He said it will also be difficult for the government to ensure the quality of the vaccines to be produced by private companies.

Dr Be-Nazir said the main point is that people have to be vaccinated free of cost, no matter how the jabs are collected.

“The government can procure it directly from abroad or can bring it by any third party or can allow any local private company to manufacture it here. Whatever the government does, it has to be ensured that people’s money does not go down the drain and no company can make huge profits.  When a company manufactures any vaccine, it’ll surely make profits, but it has to be reasonable.”

“We’re seeing from Covid-tests how private companies are making money. Private hospitals are still taking Tk 3,500 for a Covid test although the kit price has declined to Tk 500-800 from 3,000 to 2,500. Such profit-mongering causes huge sufferings to the middle and lower-middle classes of people.”