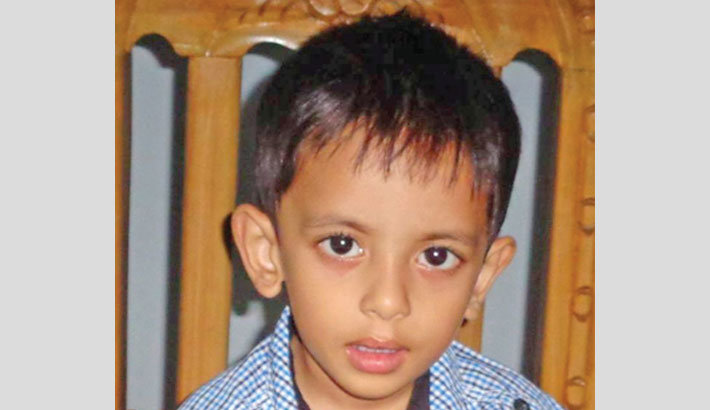 On this day in 2015, Tahmid died of a brain tumour at the age of only three-and-a-half years.

After being diagnosed with the neurological disorder, he was admitted to Apollo Hospitals Dhaka.

Later, he was moved to Square Hospitals Ltd.

As there was no breakthrough in the treatment at the two private hospitals even in 20 days, Tahmid was taken to Christian Medical College (CMC) in Chennai, India.

However, it had not been possible to operate on the tumour due to its critical location.

The little boy finally lost the battle for his life on this day.

On the occasion, financial assistance will be provided for a few poor families at his village home in Kulaura upazila of Moulvibazar.