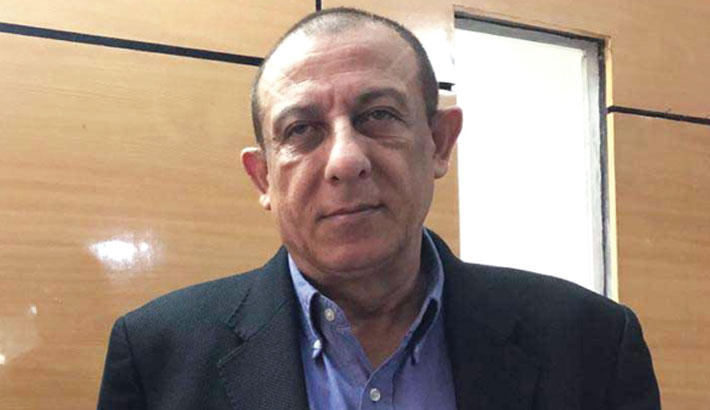 Israel is committing crimes against humanity in Palestine, Palestinian Ambassador to Bangladesh Yousef S. Y. Ramadan has said, regretting the role of the international community for not taking any effective effort to halt the brutal attacks on innocent civilians, especially on women and kids.

Although Israel has been committing the crimes, which can be compared with ethnic cleansing, for last 73 years, no tangible effort is made by the international community to prevent Israel from committing this crime against a peaceful nation, he said. However, the Palestinian envoy has deeply appreciated Prime Minister Sheikh Hasina’s concern about the Palestinian people and sending of a letter to the Palestinian President to express her solidarity with the just cause of Palestinians.

“Sheikh Hasina is a household name in Palestine. The people of Palestine invariably love and respect Prime Minister Sheikh Hasina for her unflinching support for them,” Yousef SY Ramadan said.

The ambassador has highly appreciated the continued support of Bangladesh and the empathy of Bangladeshi people for the oppressed occupied people of Palestine. Talking to the Daily Sun, the Palestinian envoy alleged that after the Israeli Occupation Cabinet decisions to expand the offensives scale, the Palestinian envoy said the Israeli Occupation Army carried out air raids on dozens of targets inside Gaza and the targets included residential towers, civil service facilities, ministry of Finance and Planning headquarters, Internal Security headquarters and the National Bank headquarters.

“We believe that during the upcoming hours, the Israeli Occupation Forces might strike public facilities, which include schools, ministries headquarters, medical centers, universities and associations headquarters,” he said while talking to this correspondent on Monday.

He said a large number of innocent people, especially women and kids, have been brutally killed by the Israeli occupation forces in air raids on Gaza Strip in the past one week.

The ambassador further alleged that the Israeli terrorist settlers affiliated to Lahava and Livamilia gangs assaulted Palestinian citizens in Bat Yam area. Dozens of terrorist settlers organized a protest across Bi’r ‘al Sabi and chanting “Death for all Arabs”. Israeli settlers assaulted the Palestinian citizens inside Sheikh Jarah, Yafa and many other places.

Palestinian Ambassador Yousef Ramadan called upon the international community to mount pressure on Israel and the US to permanently halt the barbaric attacks and killings of innocent Palestinians.

He bitterly criticised US President Joe Biden for his biased role towards Israel. “We became very happy when Biden came to power after defeating Donald Trump. We hoped that President Biden will look into the crisis and resolve it. But instead of doing so, President Biden is supporting the Israeli occupation forces in the Palestinians.”

He also urged the Muslims around the world to raise their voice and mount pressure to protect the Al-Aqsa Mosque in Jerusalem.

Yousef Ramadan alleged that Benjamin Netanyahu, prime minister of Israel, who is facing a crisis to form government, has resorted to the attack on Palestinians to divert the attention and to be hero among the Israeli people.

The envoy expressed the determination that people of Palestine will never lose an inch of land of their motherland and Aqsa Mosque and Jerusalem.

“Palestinians will give a befitting reply to the Israeli occupation forces and protect their motherlands and holy places of Muslims,” he added.

The ambassador lauded the people of Bangladesh who have extended their helping hands to the oppressed people of Palestinians.

He said many people are coming into the embassy in Dhaka and donating money and some are also providing medicine.

“The sympathy and empty of Bangladeshi people shown for their brothers and sisters in Palestine is very rare in the world,” he added.

Meanwhile, Bangladesh has appreciated the OIC Secretariat for convening an emergency meeting of the Council of Permanent Representative to the OIC and passing a resolution about the atrocities inflicted upon the civilians by the occupying forces.

Bangladesh discussed with other countries for efforts to restore calm in Israel and the West Bank and Gaza in light of the tragic loss of civilian life.

The ongoing violence in Gaza and Israel is the worst since 2014. It was initially fuelled by weeks of Israeli-Palestinian tension in East Jerusalem which led to clashes at a holy site revered by both Muslims and Jews.

This spiraled into an incessant exchange of Palestinian rocket fire and Israeli airstrikes.