Mostofa Murder: Did Joseph, Anis and Haris Get Justice? (Part – 2) 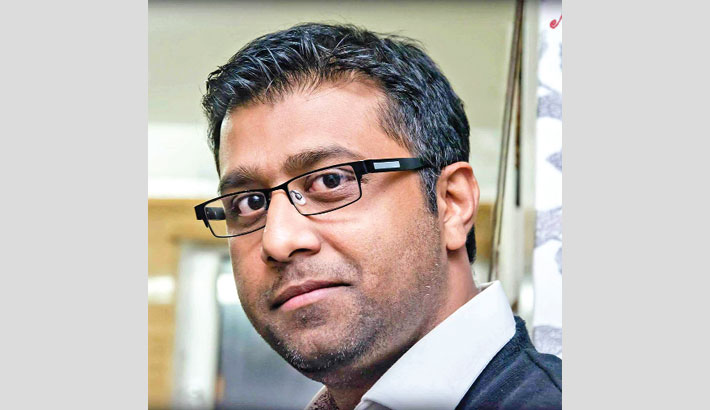 The complaint stated that a group of unidentified youths, numbering between seven and eight, fired eight to ten rounds of bullets and caused a blast of seven to eight hand-made bombs in front of Bangabandhu’s house around 12.30 am.

In retaliation, Jahirul fired two rounds and his two other companions fired three rounds of bullets, said the complaint, further stating that the armed youths fled towards the main road through the eastern gate chanting the slogan “Col Faruk Jindabad”— a slogan to glorify Col (Rtd) Faruk, the self-confessed killer of Father of the Nation Bangabandhu Sheikh Mujibur Rahman. That was the trademark slogan of the Freedom Party cadres.

Dhanmondi Police registered a case on this incident under sections 143/34 of the Penal Code and sections 3 and 4 of the Explosives Act. A sub-inspector of Dhanmondi Police Station Abdus Sobhan attempted to save the culprits by submitting a charge-sheet against only one person for the attack. But the effort failed and the Criminal Investigation Department (CID) of the police was appointed to conduct further investigation. The CID investigation brought more charges under sections 120-B, 148, 149, 307 and 109 of the Penal Code against the armed criminals. Later on, an internecine conflict inside the criminal clique led to the murder of one of its cadres Hadi Newaz Khan alias Bahar. A Dhaka trial court awarded life sentences to Mostofa, George, Golam Sarwar alias Mamun, Freedom Sohel, Shahidul alias Kera Khokon, Khaled Alvi, Humayun Kabir and Kana (blind) Liaqat for Bahar murder. In 1991, another internal violence among the criminals killed another perpetrator Khaled Alvi in Dhaka’s Sutrapur neighbourhood. Many of the Freedom Party armed cadres got 30 years’ jail for the Alvi murder.

On January 20, 1997, police submitted the charge-sheet on the August 11, 1989 assassination attempt on Sheikh Hasina, bringing the charges against 16 surviving persons involved in the planning and execution of the attack.

Most of the persons identified as perpetrators in the charge sheet faced multiple criminal charges, indicating that they had been confirmed criminals. Col Faruk faced six criminal charges, including the Bangabandhu assassination case, while Kana Liaqat was accused of three charges filed at Sutrapur and Demra police stations. Mizanur Rahman was charged with two cases. George got a life term and 10 years’ jail in two cases. Golam Sarwar Mamun, Freedom Sohel and Murad each faced two criminal charges. Manik faced one case. Besides, Col (Rtd) Rashid and Major (Rtd) Bazlul Huda faced the Bangabandhu murder charge.

The arrested Humayun Kabir alias Kabir, Farukh Reza and Gazi Liaqat alias Kana Liaqat gave confessional statements before a magistrate divulging some sensational developments. Kabir, in his statement, said that Bangabandhu’s self-confessed killers and villainous Col (Rtd) Faruk, Col (Rtd) Rashid and Major (Rtd) Bazlul Huda formed an evil committee, namely ‘August Biplob Adorsho Bastobayon Parishad’ (August Revolution Ideal Implementation Council). The very nomenclature of the obnoxious committee indicated how dangerous the so-called council was. The killers propagated the August 15, 1975 massacre as “August Ideal” meaning that the party’s ideal and vision had been based on murders. Kabir said one of his brothers-in-law, Kajol, guided him to join Freedom Party. Upon joining the party, he was given a book, namely ‘Muktir Poth’ (Road to Freedom), which promoted violence and murder of Sheikh Hasina and other secular leaders of the Awami League, the party that led the country’s War of Independence against the army of the Islamic Republic of Pakistan.

His statement further said the Freedom Party ideologues had to undergo rigorous training on operating arms and handling explosives at confined camps. Kabir said he and 38 others took such training at the camp he was attached to. He said Col (Rtd) Faruk and Col (Rtd) Rashid and Major (Rtd) Bazlul Huda attended a meeting on August 7 or 8, 1989 at the Dhanmondi office of Freedom Party. The meeting resolved that they must kill Bangabandhu’s eldest daughter Sheikh Hasina who had been spearheading the Awami League with a mission to try her father’s killers.

Faruk Reza, another accused, in his confessional statement submitted before the court also narrated a similar description. He said he went to Libya to join the Col (Rtd) Faruk-Col (Rtd) Rashid nexus promoted by the slain Libyan dictator Col Muammar Gaddafi. Farukh Reza said the duo had been in an effort to form a political front in Bangladesh. In Libya, they set up camps with a view to imparting training on arms and ammunition handling to the entrants. Upon return from Libya, Major (Rtd) Huda formed the body– ‘August Biplob Adorsho Bastobayon Parishad, which afterward emerged as Freedom Party. Farukh Reza said he was nominated the coordinator of the Dhaka city unit of the party and Major (Rtd) Huda used to provide him with money to buy arms and ammunition on a regular basis. The statement further said the other party cadres used to get monthly payments.

Gazi Liaqat alias Kana Liaqat, in charge of the Freedom Party’s Kotwali and Sutrapur units, confessed that he was on an arms-laden baby taxi heading toward Dhanmondi 32 and took part in the attack to kill Sheikh Hasina. He said they returned the arms to Farukh Reza after their abortive killing mission ended with a failure, and Farukh advised the attackers to go into temporary hiding.

All three confessional statements confirmed that Freedom Party’s Mostafizur Rahman alias Mostofa had been involved in the assassination attempt on Sheikh Hasina.

Two months prior to his murder, in 1996, Mostofa demanded a hefty amount of money from one businessman Azad who owned a video club in Dhaka’s Lalmatia neighbourhood. As the businessman refused to pay him the money, Mostofa fired indiscriminately inside the club, causing the death of a minor boy playing video games. He was charged with the murder.

On September 17, 1995, Mostofa asked for extortion from the government’s Slum Development Project in Lalmatia. Being refused, Mostofa took away a colour TV set, which was costly at that time, from the office by attacking official in-charge Abdul Gofran, his associate Rajib and two security guards and damaged the telephone sets. The next day, an official of the project filed a case against Mostofa.

On September 03, 1995, Mostofa demanded Tk 50,000 from the popular Jeni Kabab Ghar in Mohammadpur neighbourhood. As the businessman refused to pay him the money, Mostofa and his accomplices, numbering 20 to 25, went on a rampage massively, damaging the Kabab shop and snatched Tk 25,000 from the cashbox. After investigating the case, Korshed Alam, a sub-inspector of Mohammadpur Police Station, brought charges against Mostofa under sections 385, 323, 380, 427 and 307 of Penal Code.

The excerpts from the court documents and police records proved that Mostofa, whom Aljazeera portrayed as a businessman in its documentary ‘All the Prime Minister’s Men’, was a terrorist and pathological criminal. The background would be helpful to the readers when I would discuss the Mostofa murder trial in the next episode. (To be continued)