Rubel ruled out with back injury 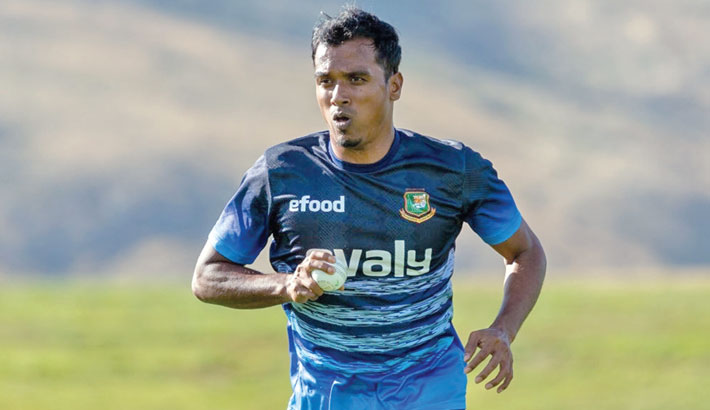 A few members of Bangladesh preliminary squad resumed their preparation for the upcoming home ODI series against Sri Lanka at the Sher-e-Bangla National Stadium on Sunday.

ODI skipper Tamim Iqbal along with Mahmudullah, Mohammad Mithun and Taijul Islam spent a busy time in the indoor net to hone their skill ahead of the three-match series against the visitors, slated from May 23.

Bangladesh Cricket Board earlier announced that hosts will resume their preparation after Eid break from May 18 but the cricketers looked determined not to leave any stone unturned as far as their preparation is concerned.

BCB Chief Physician Debashis Chowdhury told reporters that they have started their official testing procedure from May 15 and also informed that they are yet to get any clearance from the government for Shakib Al Hasan and Mustafizur Rahman. “Officially we have started the testing procedures of Bangladesh team and staff as we had gone for a test yesterday (Saturday), there will be another test today (Sunday), followed by another tomorrow (Monday). The staff will enter the team hotel, following the results on May 15, 16, and 17,” said Debashis.

“Shakib and Mustafizur situation is being handled totally by the government protocol and we are trying our best to follow the instructions on the Covid protocol as the ministry of health has specifically instructed different measures for all the cricket playing countries,” he added.

The duo earlier arrived from India on May 6 where they participated in the Indian Premier League and currently in 14-day institutional quarantine. A BCB official told The Daily Sun that the duo are expected to start their practice from May 19 after joining the teammates in the hotel a day before and they are expecting no problem in this regard as they will be entering from one bio-bubble to another.

Meanwhile, Bangladesh received another blow as pace bowler Rubel Hossain was ruled out from the upcoming home series against Sri Lanka due to his back injury.

“Rubel is ruled out because we don’t want to keep anyone in the squad with any kind of doubt,” BCB Chief Selector Minhajul Abedin said. Earlier young pacer Hasan Mahmud was also ruled out due to his back injury and both of them will now go through rehabilitation for their respective injuries.

Bangladesh also received some good news as Mohammad Saifuddin and Mosaddek Hossain recovered sufficiently and will be able to take part in the series against Sri Lanka, subject to their inclusion in the 15-member final squad.

Saifuddin was nursing an ankle along with his back injury while Mosaddek was cleared for the knee injury that forced him to be sidelined for the most part in the tour of New Zealand.