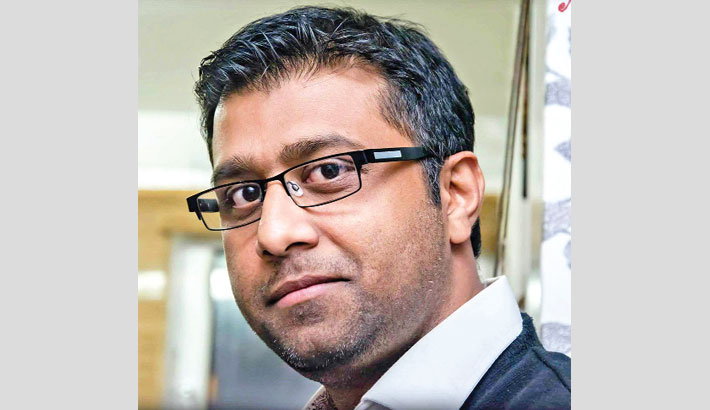 The incident that intrigued me writing this piece is the Qatar-based Aljazeera TV station’s so-called investigative documentary ‘All the Prime Minister’s Men’ which muddied the political landscape to a large extent in recent times. The fictitious documentary aired on February 1 starts with some imaginary graphic scenes of the murder of one Mostofa in Dhaka’s Mohammadpur neighbourhood. In fact I started thinking about Mostofa and the whole saga from then on.

Throughout the documentary centering the death of Mostofa, what aroused my curiosity were the statement of the deceased’s nephew Munna, deathbed statement of the deceased, and the comments only to implicate the then Bangladesh Chhatra League leaders Tofail Ahmed Joseph, Hasan Ahmed Haris, Anis Ahmed (the three siblings) and many others. My first suspicion grew with the ‘dying declaration’ of Mostofa as I have been a practicing lawyer.

The Mostofa murder case is a settled issue: all legal options have been exhausted from trial court to the apex court, the Appellate Division of the Supreme Court of Bangladesh.  I have collected all the court documents and records relating to this case and the papers persuaded me to conclude that this case warrants a dissection to review whether the accused persons should have been meted out punishment. The people should know the intricacies behind the headline of the Aljazeera documentary which is full of cooked up stories targeting a top institution in Bangladesh.

Any unbiased person would agree with the notion that an accused branded as a ‘terrorist’ or ‘thug’ or ‘ruffian’ or ‘bad’ in public domain would naturally be treated in a negative way when charges come before court for trial against them. In most of the cases, the people fail to consider whether the charges against the so-called ‘bad people’ are valid at all; they do not think in an unbiased way as far as charges against the negatively-portrayed persons are concerned. Many experts are of the view that negative public perception to a great extent stands in the way of delivering fair trials to the persons with poor public ratings. Such people face prejudice and the trial can be called ‘pre-decisive’.

I am skeptical about the critically injured Mostofa’s ‘dying declaration’ recorded by a magistrate. Any judicious person would definitely question the vivid description of the sequences that led to his murder by a person sustaining nine bullets. With this suspicion in mind, I started investigating the court documents and records in addition to the premise of the murder. I think the people should know the background and the untold stories my investigation has unearthed.

Who is this Mostofa: a businessman or a terrorist?

Let us look at who was Mostafizur Rahman Mostofa whose murder resulted in the punishments to the three siblings: Joseph, Anis and Haris. The imaginary documentary of Aljazeera portraying Mostofa as a businessman is a travesty of the truth. Here lies the power of an international media outlet that misrepresents a terrorist and pathological criminal like Mostofa who established a reign of terror in all neighbourhoods in Dhaka. But the documentary represents him as a businessman, a subtle trick to project Mostofa as an innocent person. People have the right to know the truth behind the stories served by the Aljazeera documentary, a barrage of lies.

Until his death in the mid 1990s, that Mostofa had been a terror brand in Dhaka and beyond since mid 1980s; he had been a top listed terror and criminal. His terror bastions were mainly concentrated in Dhaka’s Mohammadpur, Shyamoli, and Adabor neighbourhoods. People residing in the areas have been familiar with his dreaded name. I interviewed nine people familiar with Mostofa’s terror past.

My investigation revealed that Mostofa had been a street child called Tokai in Bangla meaning the scavenging urchins. Roads and pavements were his realm. He commissioned his criminal life by stealing metallic covers of manholes of Dhaka city and by plundering petty items from different business houses since his childhood. He formed a band of youth gangs mobilising the uncared boys of the stateless stranded Pakistanis at the Geneva Camp in Mohammadpur.

At one stage, he got the attention of the Freedom Party, an extremist political force set up by the self-confessed killers of the Father of the Nation Bangabandhu Sheikh Mujibur Rahman and his family members. Bangabandhu’s two daughters—current Prime Minister Sheikh Hasina and her sister Sheikh Rehana—survived the massacre of 15 August 1975 as they were abroad at that time. Mostofa became the coordinator of Mirpur-Mohammadpur unit of Freedom Party which enjoyed the blessings of Gen Ershad whose Jatiya Party faced a tough challenge from the Awami League. Gen Ershad wanted the Freedom Party to work against the Awami League.

Mostofa once had also been involved in the armed politics of the banned left leaning front called Sarbahara Party in Nalchhiti upazila in Jhalokati district. The party actually turned into a party of extortionists in the villages across the country. To save himself from rival factions, Mostofa ended up in Dhaka.

In 1986, the then military ruler Lt. Gen. H.M. Ershad’s demilitarization move and planned general elections opened up further fortune for Mostofa. Gen. Ershad feared the rising popularity of the Awami League led by the current Prime Minister Sheikh Hasina, the eldest daughter of the Father of the Nation Bangabandhu Sheikh Mujibur Rahman who was assassinated on August 15, 1975 by the founders of the Freedom Party. The party was created to ‘finish’ the Awami League. The party had the target to kill the two surviving daughters of Bangabandhu – Sheikh Hasina and Sheikh Rehana.

The Freedom Party, set up by the Bangabandhu’s killers Col Faruk, Col Rashid, Col Huda and co, had its electoral symbol axe. The symbol itself represents the political philosophy and ideology of the Freedom Party funded by the slain Libyan dictator Muammar Gaddafi.

The local people said Mostofa and his brother Pagla (mad) Mizan went to Libya to receive firearm training to advance their terrorist agenda in Bangladesh. Upon returning from Libya, he established a reign of terror with the blessings of the Freedom Party and the military ruler Gen. H.M. Ershad. (To be continued)