Shakib to skip PSL for DPL 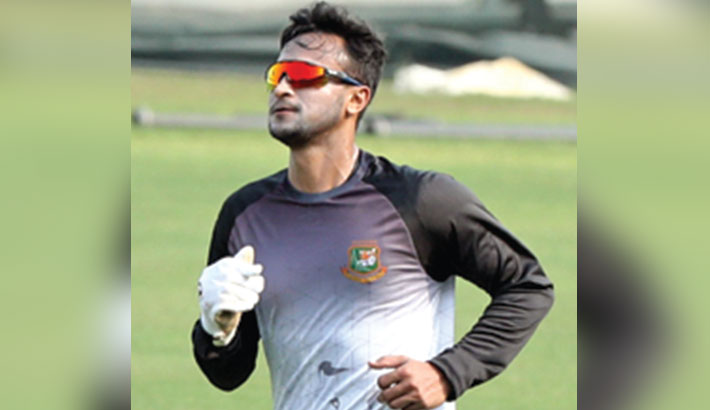 Bangladesh ace all-rounder Shakib Al Hasan is all set to join Mohammedan Sporting Club Ltd in the Dhaka Premier League when the traditional Dhaka-club based cricket tournament, scheduled to start on May 31.

MSC, a traditional outfit in the DPL, official came to Bangladesh Cricket Board headquarters on Tuesday and submitted a letter to the Cricket Committee of Dhaka Metropolis.

“We have submitted a letter signed by Shakib to CCDM that says he is keen to take part in the competition for us,” Tarikul Islam Tito, a top MSC official told reporters after coming out of the BCB premises.

“He will not play in the PSL and instead opted to be part of our team in DPL. He is a free player because he was not part of the 2019-20 DPL due to his ban and now as he is eligible to take part and we have shown our keenness to take him in our side,” he said.

“BCB is yet to grant him for us but we hope to get the permission soon,” he said.

Three Bangladeshi cricketers - Shakib Al Hasan, Mahmudullah, and Liton Das - were picked by different franchises in the replacement draft for the remaining part of the sixth edition of the Pakistan Super League.

Shakib was picked by Lahore Qalandars while Mahmudullah and Liton were respectively brought in by Multan Sultans and Karachi Kings for the tournament scheduled to resume on June 1.

The 2019-20 season’s DPL was postponed on March 19 last year after just one completed round of matches in compliance with measures taken to fight the COVID-19 outbreak in the country.

CCDM, a BCB wing entrusted with the responsibility to host Dhaka-club based tournament, chairman Kazi Inam told The Daily Sun that the all-rounder is eligible to take part in the DPL.

“Certainly he (Shakib) is eligible to take part in the tournament (DPL),” said Inam.

Mahmudullah and Liton Das’s chance of PSL also looks slim considering they have played in the DPL for their respective clubs before it was postponed.

BCB insiders suggest clubs are not likely to give them permission to take part in the tournament at the expense of leaving them.