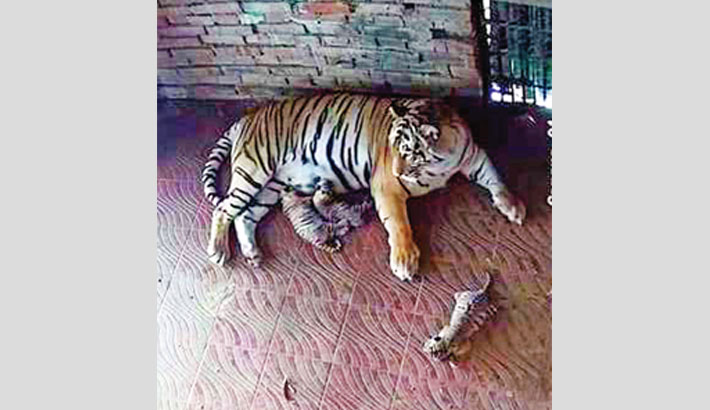 With this, the number of tigers stood at nine at the zoo, said sources.

They are in good conditions, he said.  On the other hand, Joya, offspring of Raj-Pari, gave birth to two cubs who died after one day, said the physician.

The cubs died after being deprived of breastfeeding and the natural care of their mother Joya, he said.

Two 11 and nine-month-old tiger and tigress were brought for the Zoo from South Africa at a cost of Tk 33 lakh on December 9 in 2016. They were named Raj and Pori.

However, the lone white tigress Shubhra, sister of Joya, is also pregnant and the zoo officials are waiting to welcome new cubs at the zoo in August.

The Chattogram Zoo was established by the Chattogram district administration on February 2 in 1989 on 10 acres of land in the city’s Foy’s Lake area to ensure entertainment and research on animals.

There are now some 620 animals and birds of 66 species at the zoo for display. The zoo now remains closed for visitors for the corona pandemic.