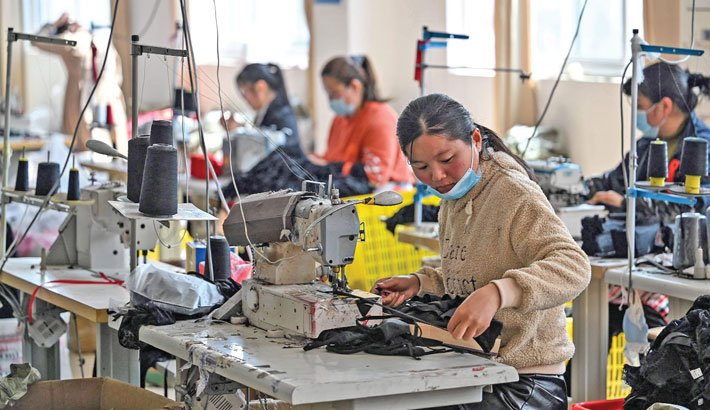 Workers sewing at a lingerie factory in Guanyun county, some 50 kilometres from Lianyungang in China's northeastern Jiangsu province. China's factory prices grew by the fastest rate in nearly four years in April, data showed on Tuesday, showing the country' continued strong recovery from the Covid-19 outbreak. 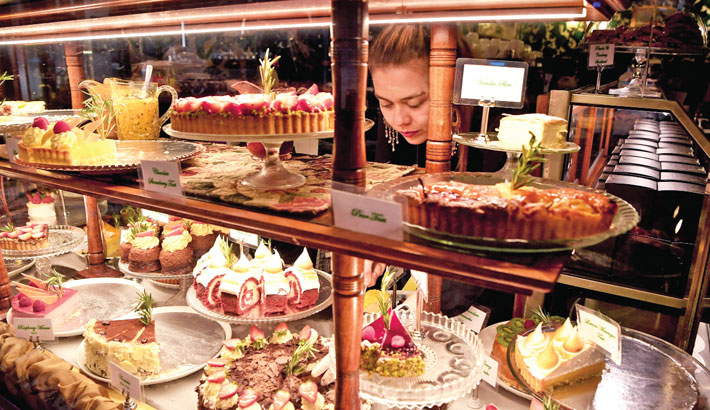 A worker in a tearoom places a cake on a plate in Melbourne's central business district on Tuesday as the Australian government prepares to hand down it's federal budget later Tuesday. 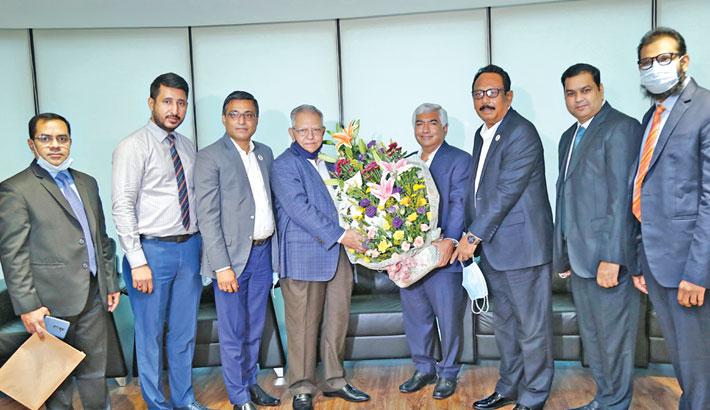 Mercantile Bank Chairman Morshed Alam greets Bengal Group Vice-Chairman Md. Jashim Uddin as he was elected President of FBCCI at the head office of Bengal Commercial Bank at Gulshan in the capital on Tuesday. Md. Quamrul Islam Chowdhury, Managing Director and CEO of Mercantile Bank, was also present on the occasion. 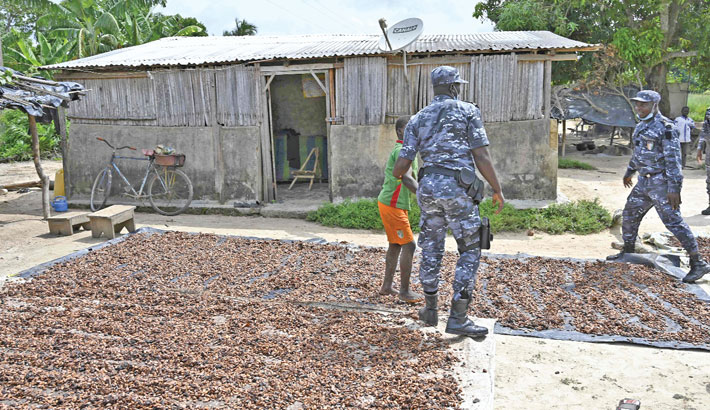 Two police officers detain a child caught drying cocoa in the sun in the village of Opouyo in Soubre during an operation to remove children working on cocoa plantations. The "Nawa 2" operation, which was widely publicised in the media, was carried out at the beginning of May in the Soubré region (400 km west of Abdjan), the country's main cocoa-growing area, and was aimed at convincing the Ivorian authorities to take action against child labour in the cocoa industry, a scourge that has been denounced by international NGO's for the last 20 years.