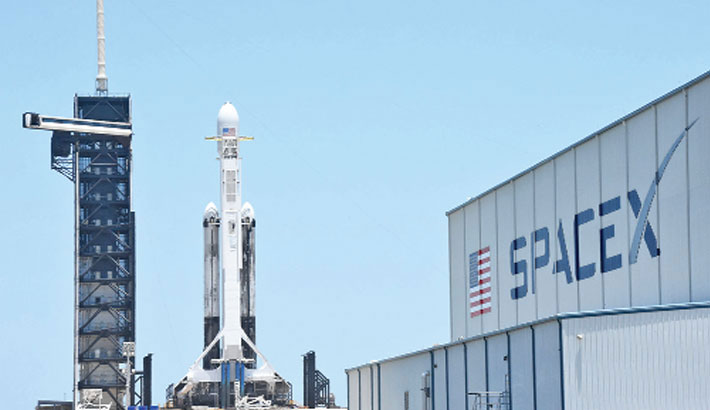 In a tweet he said the commercial space exploration firm will launch the DOGE -1 Mission to the Moon early next year It came as dogecoin continued to fall after the technology billionaire said on television that it was a hustle. Last month, he tweeted that SpaceX was going to put a literal Dogecoin on the literal moon. Canada’s Geometric Energy Corporation announced the dogecoin-funded mission earlier on Sunday, although the statement did not reveal its financial value.

This mission will demonstrate the application of cryptocurrency beyond Earth orbit and set the foundation for interplanetary commerce, SpaceX Vice President of Commercial Sales Tom Ochinero was quoted as saying in the statement.

Musk’s tweets in recent months have helped to turn the once-obscure digital currency, which was started as a social media joke, into the world’s fourth-biggest cryptocurrency.

It has soared by more than 800% over the last month, with its total market value rising above $70bn, according to cryptocurrency data tracker CoinGecko.com.

However, dogecoin lost more than a third of its price on Sunday, after Musk called it a “hustle” while he was hosting the Saturday Night Live comedy sketch television show.

In February, electric carmaker Tesla, where Musk is chief executive, said it bought $1.5bn worth of bitcoin and was planning to accept the cryptocurrency as payment for its vehicles.

The announcement was seen as another major step towards the mainstream acceptance of bitcoin and helped to boost the price of the cryptocurrency to a fresh record high of nearly $62,000.

Last month, Tesla announced that its profits for the first three months of the year were $438m, up from $16m last year, ,bolstered by sales of Bitcoin and environmental credits.

Musk also revealed on Saturday Night Live that he has Asperger’s syndrome.

People with Asperger’s interpret the environment around them differently to other people.

It is thought to be the first time Musk has spoken about his condition.