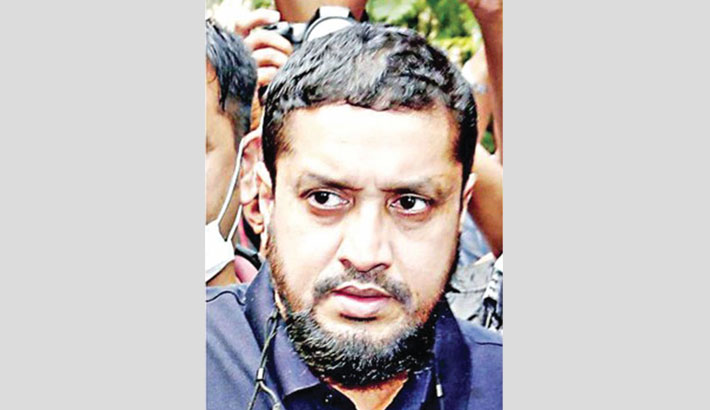 Monir Hossain alias Golden Monir, who was arrested by Rapid Action Battalion (RAB) on November 21 last year following a raid on his house and business establishments, owns 23 plots, including 20 Rajuk ones, and seven buildings in Dhaka.

He has over Tk 791 crore deposited in banks. He has a housing company and two car showrooms in the capital. He also possesses one acre of land in Keraniganj on the outskirts of the capital.

The information about so many assets of Monir Hossain has been unearthed through an investigation by the Criminal Investigation Department (CID).

CID Inspector Mohammad Ibrahim Hossain has been investigating the matter since January last. The specialised police unit said all the assets were acquired through crimes.

On November 20 last year, elite force RAB raided Monir’s house at Merul Badda in the capital and arrested him along with drugs and weapons following the overnight drive.

After his arrest, a case was filed against him under the Special Powers Act with Badda Police Station. Besides, he is accused in four cases filed with Motijheel and Ramna police stations under the Narcotics Control Act and ACC Act. Monir Hossain is currently in behind the bars.

He later became the owner of movable and immovable property by investing the ill-gotten money in various businesses and transferring money to banks in the names of individuals and organisations serving his interests with in with the help of members of organised criminal gangs, including a ward councillor of Dhaka North City Corporation (DNCC) and a leader of Sirajganj Awami League.

CID’s Deputy Inspector General (Organised Crime) Mohammad Abdullah Baki said they had found the evidence of amassing movable and immovable assets illegally against Golden Monir and his associates. Permission has been given to file a case with Badda Police Station against Monir under the Money Laundering Prevention Act.

According to CID sources, an FIR has been prepared against 10 people, including the Sirajganj AL leader and the DNCC councillor. Monir’s wife, son, two sisters and brothers-in-law have been accused in the case. The case will be filed against them in a day or two.

CID said Golden Monir became one of the owners of Grand Zamzam Tower on Sonargaon Janpath Road in Sector 13 of Uttara and Safa Tower in Sector 11 of Uttara that were constructed with ill-gotten money.

In Dhaka, he has plots of different sizes totalling 90 kathas. These include 19 RAJUK plots of 2.5 kathas in Badda, one 10-katha plot in RAJUK Purbachal, two plots of 8.5 kathas in Baridhara J block, a 1.75-katha plot in Khilkhet and a piece of land measuring 12 kathas under Nalbhog mouza of Turag.

Besides, there is a 2.5 bigha land in the name of Golden Monir at Char Ruhitpur in Keraniganj. He is a shareholder of housing company Swadesh Properties (Badda).

According to the CID, Tk 7,910,596,523 has been found in 129 bank accounts of Golden Monir. He has converted a portion of this income into movable and immovable property by investing money in joint and individual businesses in collusion with members of the organised criminal gangs.

Information has been found that from the account of Auto Car Selection Limited owned by him, Tk 5 crore has been sent to RAJUK Employees Multipurpose Welfare Association, which is suspicious.

Raushan Ara, wife of Golden Monir, constructed five buildings on five plots (2.5 kathas each) in the Badda DIT Project. Golden Monir has given the ownership of Car Auto Centre, established with ill-gotten money, to his son Rafi Hossain, 24, who is an Honours student.

Monir Hossain’s two sisters and two brothers-in-law were looking after and enjoying the plots of RAJUK. According to the CID, the DNCC councillor is an accomplice of Golden Monir in his criminal activities. The ward councillor extended cooperation in the gold smuggling of Monir Hossain by leasing a parking lot at Hazrat Shahjalal International Airport in Dhaka.

With the illicit income from gold smuggling, Golden Monir and his associates built the 14-storey Zamzam Tower in Uttara, part of which is owned by the ward councillor. There are three cases against him in Uttarkhan and Dakkhinkhan police stations in the capital for his involvement in drugs and extortion.

Another accomplice of Golden Monir’s criminal activities is the Sirajganj district AL leader. While working as a peon at the airport branch of Sonali Bank in 1996, Golden Monir got acquainted with him and involved in gold smuggling. He later quit the job. With the illegal income, he became one of the owners of multi-storey Zamzam Tower and Safa Tower.