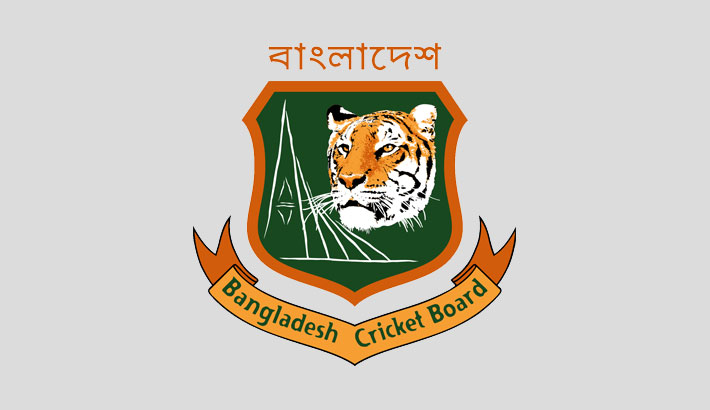 Bangladesh Cricket Board said on Monday that they are expecting an amount worth TK 150 crore from their potential clients for their men’s team’s new home series media rights that will run for the next two years.

“Look the brand value of Bangladesh cricket went up and so we are expecting around TK 150 crores,” said the official requesting anonymity.

The official also informed that they have received all their dues from Gazi TV.

BCB on April 28 invited offers along with the financial proposal for their national men’s team’s home series broadcasting rights from May 18, 2021 to October 5, 2023.

Bangladesh national team is scheduled to play nine home series during this time frame comprising seven Tests along with 18 ODIs and 19 T20Is.

BCB earlier sold its worldwide media rights for six years to Gazi TV for the price of USD 20.02 million that ran until April 2020.

BCB took a slow-go policy after completing their deal with Gazi TV as they refrained to rush for long term broadcast partners following the outbreak of the corona pandemic as that also forced International Cricket Council to reschedule their next FTP as it went choc block following the cancellation of international series.

Since the expiry of the last broadcast deal BCB managed to host only one international series at home against West Indies in January 2021.

In 2020 Australia and New Zealand cancelled their tour to Bangladesh that forced them to take this route of picking broadcast partners on the basis of series by series.

Ban-Tech, a marketing agent for broadcasting, bought the media rights of Bangladesh’s last home series against West Indies in January for a mammoth amount of TK 17.97 crore (USD 2.12 million) and later Ban-Tech sold the TV rights to T Sports and Nagorik TV for that series.

Apart from Ban-Tech, Gazi TV and T-Sports also took part in the bidding process for the home series against West Indies that eventually went to Ban-Tech as they won the bid after quoting an offer price considerably higher than BDT 12.6 crore (USD 1.5 million approx) - the floor price set by the board last month.

BCB officials said they are happy with the deal for the West Indies series that will mark their return to international cricket to Bangladesh after 10 months and added that they will wait for ICC's next future tours programme before looking for their next broadcast partner.

“It’s true that we were unable to have to long term broadcast deal after our deal with Gazi TV was over but that is not only for the corona but more so because the FTP till 2023 could not be finalised,” BCB Chief Executive Nizamuddin Chowdhury told The Daily Sun on Monday.

“Now as that is finalised we can look for a long term broadcast partner and we are hoping to get a good price for the next two years broadcast deal,” he said.

The last date of submitting a technical paper from interested parties is today while the bidding is expected to take place on May 17.

It was learnt Gazi TV and T Sports are eyeing to earn the rights but the insiders insisted there is a possibility to buy it from a third party like the way it happened during the home series against West Indies. However, both channels can telecast the matches after buying from a third party.

Meanwhile, BCB is currently toiling hard to solve the problem regarding the broadcast crew for the upcoming home series against Sri Lanka.

Nizamuddin informed that there is no possibility of rescheduling the series as doubts were raised regarding the broadcast crew as they are usually hired by BCB and come from India or South Africa.

As per a new quarantine rule, which came into effect on May 1, foreign travellers coming from India and South Africa will have to go through 14-day quarantine before resuming work in the country. BCB required special permission from the DGHS to avail any relaxation on that and applied for it.

“There is no possibility of the series being rescheduled,” said Nizamuddin.

“Of course there are challenges and we are trying to work with the government protocol to bring the crew. We are also looking at other options. We may bring a crew from other countries where cricket is being currently played,” he said.

It was learnt BCB is eyeing to bring a TV crew from UAE for the series against Sri Lanka.