Manoj, Toya pair up for ‘Laboni’ 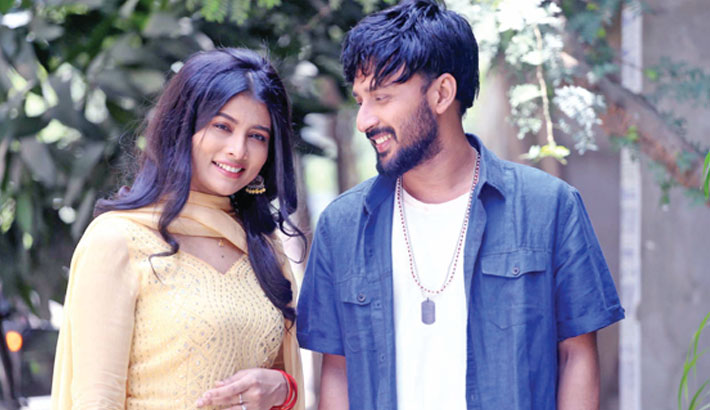 Manoj Pramanik and Mumtaheena Chowdhury Toya are two popular small screen actors of the country. Recently, the duo has completed the shooting of their new telefilm ‘Laboni’.

Noted director Kislu Golam Haider has made the film for the upcoming Eid-ul-Fitr. The telefilm  will be aired on GTV, ETV, Channel 9 and Deepto TV on the fourth day of Eid. It will also be released on Bongo BD.

About the telefilm, Manoj said, “Kislu bhai is a talented director. Many popular actors of the country have worked under his direction. He always makes good story based dramas or telefilms. He has also made the telefilm Laboni with utmost care. It’s story and making quality are amazing. I am very hopeful about the project.”

Toya said, “I have played the title role in the film. It is a different type of telefilm. In a word, I am very happy for my role in the telefilm. The audience will also enjoy it.”

Director Kislu is very optimistic about the film, he said, “In fact, I have tried to tell the story within the story in the telefilm ‘Laboni’. After a long hiatus I’ve made the film and invest a lot of time (over one week) for it. I believe viewers will like it.”