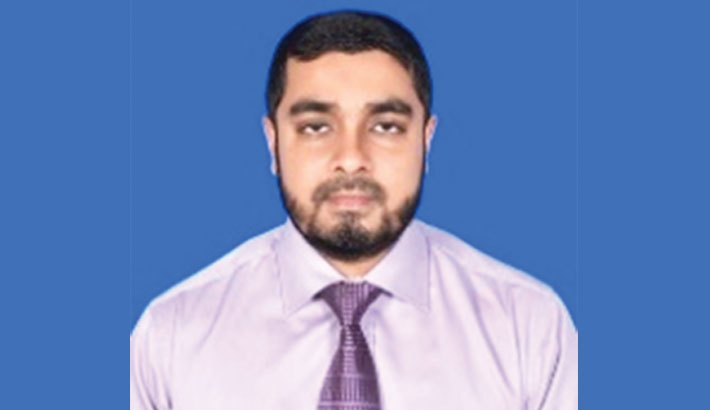 We all have first-hand experience of dealing with people having an ego problem. The intricacy of this problem is that neither we have the time nor we want to accept it as a problem because of the omnipresent ego itself. Well, it is never too late to look back at this curious case. In fact, May 11th can give us that kickoff because World Ego Awareness Day (WEAD) is observed to make people aware of this issue.

The WEAD initiative was established recently in 2018 to aid all the people influenced by egotism, both victims and perpetrators. Ego, according to the Oxford Dictionary, is a sense of one's own value and importance. Ryan Holiday, an American author, states eloquently in his book ‘Ego is the Enemy’ that the ego is an unhealthy belief in our own importance. Complex human behaviour, according to him, is the product of a complicated relationship between the id (instincts), ego (reality) and superego (morality). When an individual with a strong ego may successfully handle their challenges, someone with too much or too little ego can be a troublesome individual.

Someone suffering from egotism thinks the world revolves around them, seldom looks beyond his or her own preferences, exploits others for own gain, and most importantly, does not admit mistakes. Scholars believe that egotism can be responsible for most of our afflictions, including a false sense of superiority, inferiority complex, prejudices, manipulation, rage, stress, violence, racism, sexism, the need for praise, being reactionary, despair, false propaganda, even religious extremism and so on.

Many of these negative and harmful characteristics have significant effects on our intimate relationships, workplaces, community, and society at large. Egoism is a barrier to organisational advancement because an egoistic person promotes an individual vanity instead of collective triumphs, i.e. I in preference to We. Unless egoistic leaders shrink their ego to accommodate ideas and constructive criticism, the environment remains toxic. 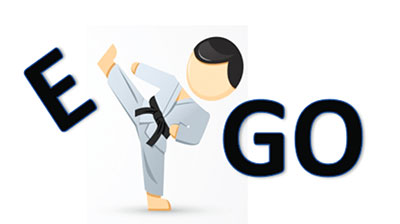 In many cultures having an ego and demonstrating superiority is acceptable, particularly for men. Perhaps, ancient Persian idiom: “Kill the cat on the first night” fuels the idea to a great extent. This is not true otherwise. “Mui ki honu re” (what I have become) syndrome can only breed negativity, ruin the interpersonal relationship and deteriorate the work environment. You may be the most qualified person for any job; however, having an ego typically means that you are arrogant and condescending.

It is a constant human instinct to prove himself or herself as worthy. According to many scholars, these urges can actually assist people in performing better. We must not, however, confuse ego with desirable traits such as those.

The desire to prove ownself better is not mythical. We all have that desire. It is how we deal with the feeling that makes us better as a person. However, dealing with this tendency can be tricky. Ego problem has its root in boastful conversation with others. Impulsive activities relating to proving own supremacy while carrying out conversation usually pave the way for escalating ego problem. Interestingly, Islam gives a simple solution to this problem. Prophet Muhammad (PBUH) said, “I guarantee a home in paradise for the one who leaves off arguing even when he is right…” (Source: Sunan Abu-Dawud 4800).

The undying craving to prove own supremacy over others, proclaiming vanity, and showing off tendency can turn an amicable person into a mean egoistic villain. Examples are in abundance in our day-to-day life. Since it boosts self-esteem and it feels exceptional to win, we do it more than we know it. In simple terms, it breeds arrogance in dealing with others. Prophet Muhammad (PBUH) said, “Whoever has a mustard seed's weight of pride (arrogance) in his heart, shall not enter into Paradise” (Source: Jami` Al-Tirmidhi 1998). Therefore, we all must guard against such vanity, pride, and arrogance.

The Prophet's (PBUH) examples should inspire us to be similarly modest and selfless, never allowing our ego to influence our words and deeds. Allah states in the Quran that He has prepared forgiveness and a great reward for the “Humble men and humble women” (Surah Al-Ahzab 33:35).

Trying to control ego is like betting heart against the head, almost an impossible proposition. Ego will always be there; it is better to be your own referee to regulate the dark side. Let us criticise ourselves through constructive means. Let us educate ourselves on egotism, promote combined efforts instead of individual vanity. Let us put ourselves in other’s shoes to develop empathy. Finally, let us accept our flaws to become more acceptable to others.

World Ego Awareness Day encourages everyone to be mindful and enhances our consciousness of the adverse effect of ego. As good human beings, we should remain mindful of this menace each and every day. No one can achieve greatness through narcissism, greatness lies in humbleness. Poet Harish Chandra Mitra says it correctly that “Boro Jodi hote chau, choto hou tobe”(if you want to be big, be small).

During these last few days of Ramadan, let us endeavour to curb futile arguments, superficial thinking, sense of superiority, and false vanity. Let us focus on flattening the ego curve and remain humble because we are all created equal irrespective of status, position, and skin tone.

The writer is a graduate from Bangladesh University of Professionals (BUP) as well as Army Command College, Nanjing, China. E-mail: [email protected]