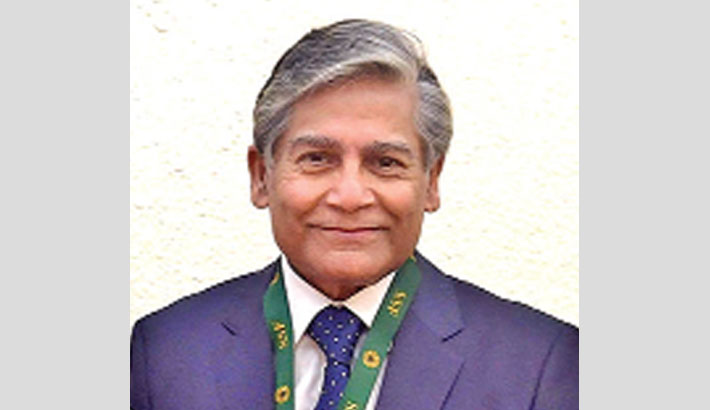 Former ambassador Mohammad Ziauddin joined the Prime Minister’s Office (PMO) on Sunday morning as an ambassador-at-large with the rank and status of a minister.

On Thursday last, the government issued a gazette notification reappointing Ziauddin as an ambassador-at-large, reports UNB.

Prior to joining as Bangladesh ambassador to the US, he was the ambassador-at-Large of Prime Minister Sheikh Hasina with the rank and status of a state minister.

He was also the permanent representative at the International Seabed Authority located in Jamaica.

Also, he was director-general of the International Organizations Wing of the Ministry of Foreign Affairs and chief of protocol to the Government of Bangladesh before joining as the Bangladesh ambassador to Italy.

He was also the permanent representative of Bangladesh to FAO, WFP, and IFAD.