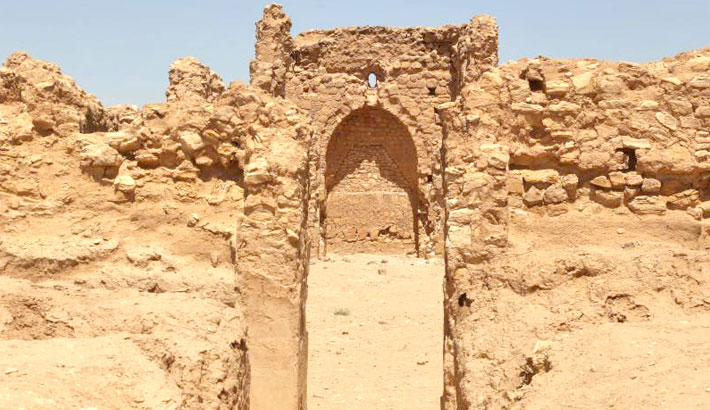 One of the world’s oldest churches is crumbling deep in Iraq’s desert, another victim of years of conflict, government negligence and climate change in a country with a rich heritage, reports AFP.

After Pope Francis made a historic visit to Iraq in March, many Iraqis hoped that busloads of tourists would flock to Al Aqiser church southwest of the capital Baghdad. But in a country that has been battered by consecutive conflicts and economic crises, the church—like Iraq’s numerous Christian, Islamic and Mesopotamian relics—has been left to weather away.   All that remains of Al Aqiser, which has stood in Ain Tamr for more than 1,500 years, are crumbling brick and red earthen walls.

Archaeologist Zahd Muhammad blamed this on “climate conditions, the fact that under Saddam Hussein the area was transformed into a military firing range and the lack of regular conservation”.

“Such maintenance requires an enormous amount of money, but we only get meagre funds” from the federal government, he said.

But these potential visitors fail to stop by Iraq’s numerous ancient churches, its Mesopotamian cities and the fabled “ziggurat” pyramid-like structures of Babylon, a UNESCO World Heritage site, residents and officials say.

Abdullah al-Jlihawi, who lives in Diwaniya province bordering Karbala, told AFP he believes that “foreigners care more about our heritage than we do”.