Bongo BD to release 7 originals ‘based on book’ 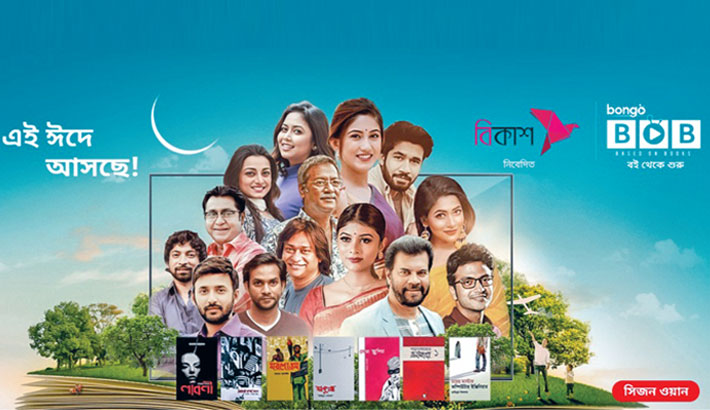 Over the years, the numbers of literary adaptations have come to screen and the demand and acceptance of literature based films in television, silver screen, OTT platforms or film festivals- are so high that it is often considered a sure shot success by many.

On the occasion of upcoming Eid-ul-Fitr, country’s popular video streaming platform Bongo will release seven telefilms adapted from seven popular writers of the country through their ‘BOB’ or Based on Books project season. The project will be presented by Bkash.

The question may arise, how is this adaptation series different? In reply, Zahid Ahmed, Deputy Chief Content Editor of BONGO, narrated how the idea was conceived. It was the ‘Brainchild’ of him and Mushfiqur Rahman, the Chief Content Officer of BONGO. The two have been collecting books from Ekushey Book Fair for several years.

The on-screen stories will be aired on three television channels and later on Bongo’s OTT platform.