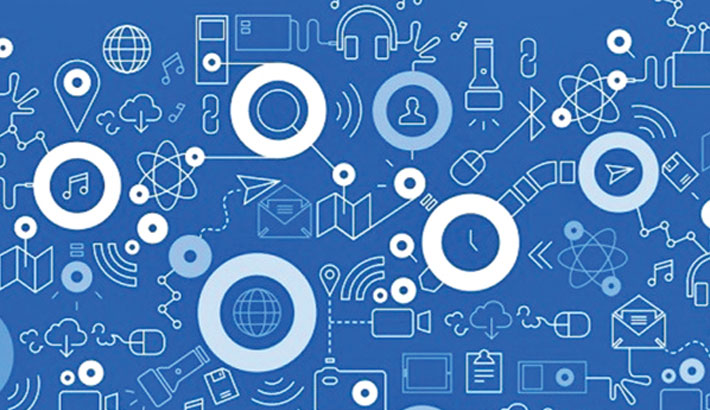 The Digital Bangladesh has become a reality in the last one era during the tenure of the Awami League-led government. This has been possible due to the pragmatic and far-sighted framework from policy making level.

Telecommunication and internet service providers in the public and private sectors are continuing their activities based on the infrastructure of BTCL. This is why first of all it is necessary to transform BTCL's network into a state-of-the-art digital system and to be able to keep pace with the current world realities.

BTCL's capacity building drive is through the MOTN (Modernization of Telecommunication Network for Digital Connectivity) project.

Towards ‘Digital Bangladesh’ vision, the MOTN project is the key part. As the name suggests, it is the foundation to modernisation of traditional network.

This year marks the 45th anniversary of the establishment of diplomatic ties between China and Bangladesh.

ZTE Corporation as one of the significant bilateral cooperation projects establishes MOTN project. It is completely delivered as the symbol that not only Bangladesh step to Digital Bangladesh Vision, but also the friendship between China and Bangladesh.

Implementation of the Modernization of Telecommunication Network (MOTN) project will provide a touch of modernity in service delivery, reliability of service and maintenance.

The customer management will be made across the country by dividing IMS Core Exchange into three parts, Dhaka, Chittagong and Khulna, with a capacity of 1.6 million subscribers. Old IP exchanges will be replaced by IP-based Exchange Access gateways.

Large cities in the country have optical fiber based customer and office service based systems that are expected to meet broadband services. According to an agreement signed between BTCL and ZTE Corporation on 27 September 2016, ZTE started working on this project from January 2019.

This three (3) yearlong project is worth of Tk 2573.3 billion of which government will provide 756.1 billion and 1817.2 billion will be provided as project assistance. The loan agreement was signed between Exim Bank of China and Bangladesh's Ministry of Finance on April 10, 2018.

ZTE will create a total of 8 rings in different districts including Dhaka, Chattogram to make the nationwide transmission backbone reliable. Besides, a pair of core routers will be installed in Dhaka, Chattogram and Khulna.

In addition, there will be a large NOC with 21 large screens, through which the network will be monitored. At the same time, ZTE will be developing a comprehensive computerized model with the support of BTCL's existing optical fiber and MOTN projects across the country. As a result, the optical fiber network status report of the country can be monitored centrally.

In 15 Sep 2020, The NOC and BOSS system of MOTN were launched. The end-to-end business procedure was demonstrated to the Management team of BTCL.

BTCL mobile APP has launched with a plenty of features for customers. The end-to-end automatic operation procedure will be created when new customer come.

As the brain of the project, Noc and Boss completion signifies that MOTN project enters a new phase ready for Commercial use. The MOTN is a national high-speed broadband project, which is a key project to the way of ‘Digital Bangladesh’. It is also a significant project to realize broadband access for all Bangladesh people.

The global epidemic corona hit in the middle of the project's work. As a result, the work of this project is also facing challenges. ZTE is making every effort to complete the project within the stipulated time by taking prompt action as per the changed situation.

Project stakeholders hope that the project will be completed within the stipulated time frame. During the season of heavy rains & floods, it brings many difficulties for OSP work: destroying the fiber, damaging the trench etc.

Even through the difficulties, due to the hard work of ZTE and BTCL project team, MOTN project reach the milestone ahead of project plan. Up to now, MOTN project has been ready for voice and broadband service in over 40 areas, which distributed in Dhaka, CTG and Khulna district. Officials concerned hoped to reach broadband and voice services to over 500 thousand households through the project.

As part of ZTE’s strategy, this company is committed to providing customers with integrated end-to-end innovations to deliver excellence and value as the telecommunications and information technology sectors converge.

Jannatul Islam is with Daily Sun. He can be reached over email at [email protected]