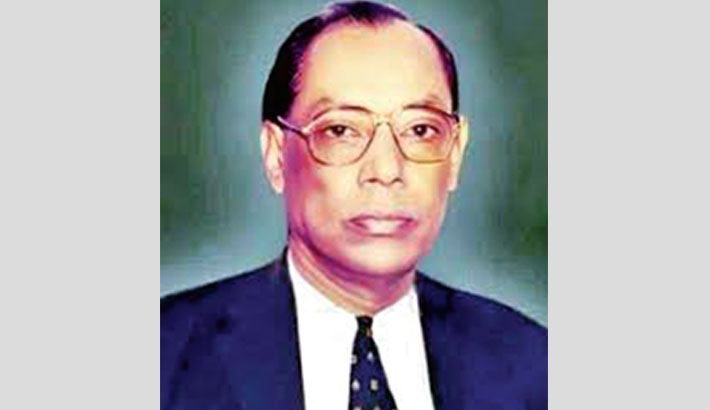 The nuclear scientist with international repute was born on February 16, 1942 in a respectable Muslim family of village Laldighee Fatehpur in Pirganj upazila of the district. He died on May 9, 2009.

He was laid to eternal rest with full state honour at their family graveyard in his paternal village Laldighee Fatehpur.

Due to the present global coronavirus pandemic, different organisations will observe the day on a limited scale abiding by health directives.

The main programmes include placing wreaths at the grave of Dr Wazed, offering fateha and munajats seeking divine blessings for the departed soul, discussions, milad mahfils and distribution of Iftar items among orphans.

family of Dr Wazed, Pirganj upazila administration and other organisations will observe the death anniversary.

“We will arrange milad mahfils abiding by the health directives at Keramotia Jam-e-Mosque and other mosques in Rangpur city,” said General Secretary of DWSS Saiful Islam Jahangir.

Pirganj Upazila Nirbahi Officer Biroda Rani Roy said the upazila administration will place wreaths at the grave of Dr Wazed and arrange a discussion followed by milad mahfil and distribution of Iftar items at Gopinathpur Hafizia Madrasha and Orphanage.

According to family sources, Dr Wazed was the youngest among four sons and three daughters of Abdul Quader Miah.

They have a son Sajeeb Wazed Joy and a daughter Saima Wazed Putul.

In 1969, Dr. Wazed got the associate-ship of Italy-based International Theoretical Physics Research Centre of Nobel Laureate Professor Dr. Salam where he engaged in a research project.