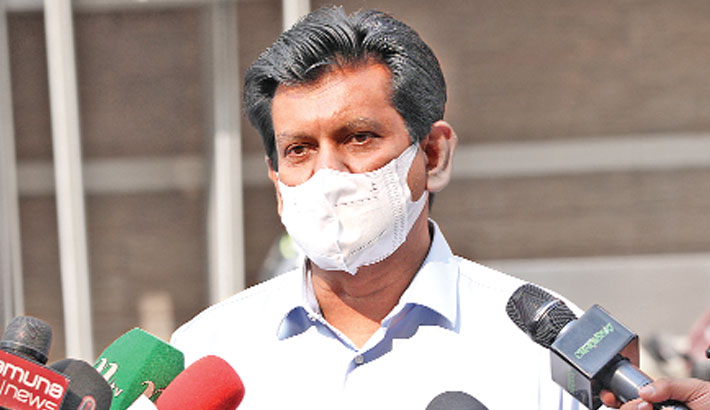 Bangladesh Cricket Board was hopeful that they will be able to convince the government to relax Shakib Al Hasan and Mustafizur Rahman’s 14-day institutional quarantine period after they returned home on Thursday after completing their stint in the Indian Premier League, which was postponed midway.

“Upon arrival, Mustafizur and Shakib are in the quarantine and you will be delighted to know both of them have been tested negative for coronavirus and we are hoping that we will be able to convince them (govt) so that their quarantine period is relaxed and they could join the practice,” BCB Chief Executive Officer Nizamuddin Chowdhury told reporters on Saturday.

“I think we are getting confused about one thing and as a result interpreting it differently. There is nothing like privilege or something like that.

“An international health protocol is maintained across the world for international cricketers and it isn’t the same with the general public as they are following other protocols.

“For someone who is taking part in a sports event, it isn’t the same protocol as he must have a test before the departure and upon their arrival, they must go through yet another test. They are doing the test in a bio-secure environment for a certain period and only allowed to come out after returning negative; they are allowed to resume their normal activities,” he added.

Bangladesh’s Directorate General of Health Services officials earlier told The Daily Sun on May 4 that the duo will have to complete 14-day institutional quarantine at a government-specified quarantine centre.

Nizamuddin added that the Sri Lanka returnees will be able to join the practice after testing corona negative.

Bangladesh team arrived on May 4 from Sri Lanka and they were earlier expected to join the practice with the rest of their teammates from May 7 for the upcoming three-match ODI series against Sri Lanka, scheduled from May 23.

“We have been informed that the players coming from Sri Lanka will be able to join practice after receiving a negative result while they are expected to give the corona test within a day or two,” he said.

Bangladesh team is expected to start full-fledged camp from May 16 and the ODIs are scheduled respectively on May 23, 25 and 28 at the Sher-e-Bangla National Stadium, with all the matches being day-night affairs.