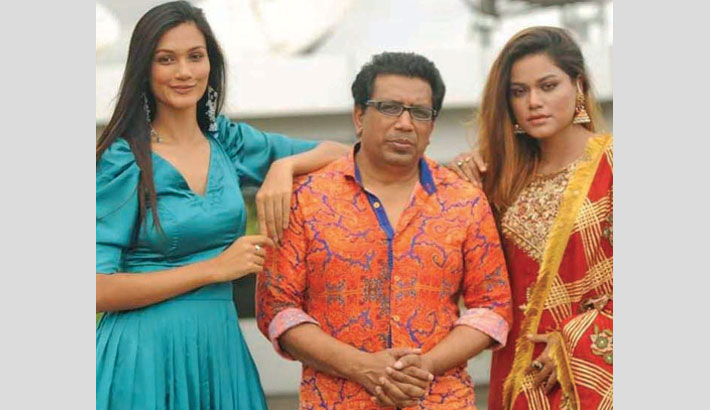 Raju Alim is a journalist, TV producer and film director. Now, the audience will see him as an actor in the film ‘Bhalobashar Projapati’. National Film Award-winning actress Sadika Parvin Popy will be seen opposite him in the movie.

Produced by Impress Telefilm, Raju Alim himself and Masuma Tani are jointly directed the film.

Besides Alim and Popy, actors Shipan Mitra, Miss Universe Bangladesh Shila, Alisha Islam, Khalid Mahbub Turjo, Tanin Tanha, Mehedi Palash, DJ Sonika and others will be seen playing different roles in the movie.  The shooting of the move has almost been completed (only two days left).

About the movie Raju Alim said, “Bhalobashar Projapati is a star-studded movie. There are five actresses and five actors have been included in the movie as per the need of story. The shooting of the movie has been almost done. I’ hope the rest of the work will be completed soon.”

“It is a different type movie. I have tried my level best to portray myself according to the characters. I’m very optimistic about the movie,” Raju Alim added.