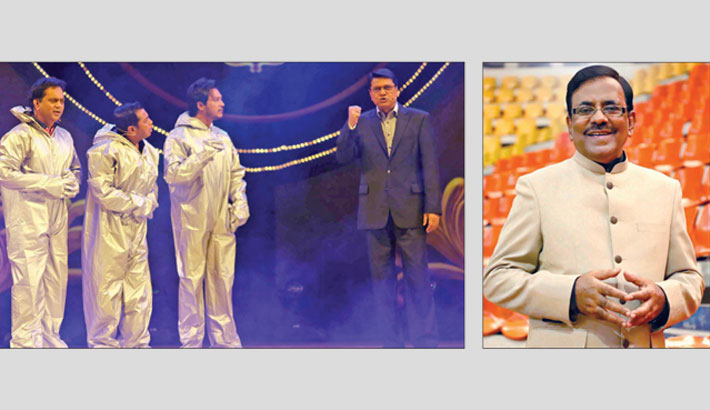 Every year, Bangladesh Television airs the popular magazine show ‘Ityadi’ during the Eid festivals. In this continuation, BTV and BTV World will air ‘Ityadi’ at 08:30pm on the second day of Eid-ul-Fitr this year.

Due to ongoing coronavirus outbreak the audience will see a special episode of ‘Ityadi’. Host of the show Hanif Sanket hinted at a special surprise in the upcoming episode.

‘Ityadi’ will not air any new episode on this Eid. A select compilation of older episode parodies will be aired as an Eid special programme this time.

Popular artistes of the cultural arena will be seen in the special episode of the show. Like previous years, the show will open through the song ‘O Mon Ramjaner Oi Rojar Sheshe Elo Khushir Eid’ 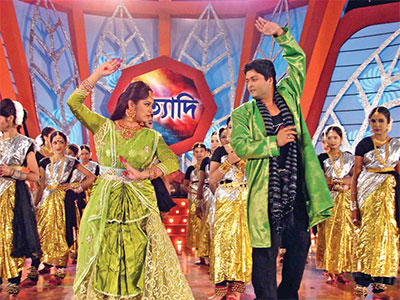 A special song has also been included this year’s ‘Ityadi’. Popular singer Sabina Yasmin and late singer Andrew Kishore have lent their voice to the song while Mohammad Rafiquzzaman has written the lyrics of the track.

Three renowned actors Bulbul Ahmed, Farooque and late Washim will be seen in a special segment of Ityadi with new generation artistes Emon, Nirab and Shajal.

There will also be regular segments ‘Mama-Bhagne’ and ‘Nani- Nati’.

Created and presented by Hanif Sanket, it is the most popular and one of the longest running shows on Bangladeshi television. It is a satire entertainment programme being shown in Bangladesh Television for the last 29 years. Regular segments of the show include Nana-Naati (now Nani-Nati since the death of Amol Bose), a foreign filmstrip dubbed in Bengali, country history, a mail section, an audience round, live music, dance, and plays. Ityadi also helps to promote Bengali Culture among the young generations in age of cultural diversity due to globalisation. It also brings many intellectual persons in music, drama or education into light.