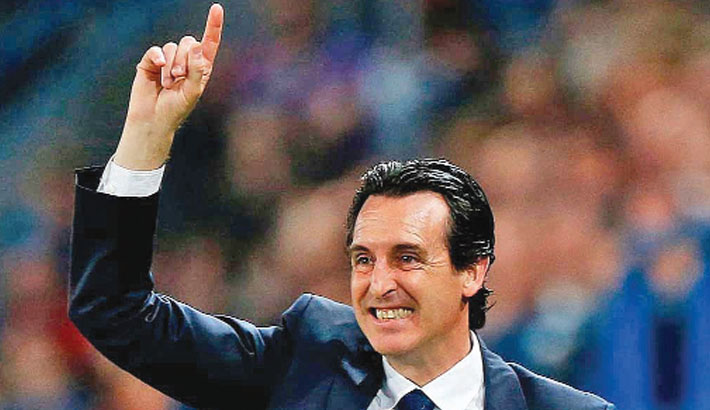 Villarreal will face Manchester United in the Europa League final after the Spanish side held out for a 0-0 draw at Arsenal on Thursday to prevent a clean sweep of European finalists for Premier League sides.

Pierre-Emerick Aubameyang twice hit the post for Arsenal, but a 2-1 aggregate defeat means the Gunners will miss out on Champions League football for the fifth consecutive season.

Edinson Cavani scored twice for United, who progressed 8-5 on aggregate despite a 3-2 defeat away to Roma. Ole Gunnar Solskjaer's men will aim to end a four-year trophy drought when they take on Villarreal in Gdansk on May 26, three days before Manchester City face Chelsea in the Champions League final on May 29.

But former Gunners' boss Unai Emery got revenge for his sacking after just 18 months as Arsene Wenger's successor by leading Villarreal to their first European final. Emery won this competition three times with Sevilla and also took Arsenal to the Europa League final in his only full season in charge at the Emirates.

The Spaniard was criticised for his cautious approach after taking a 2-0 lead inside the first-half in the first leg, allowing Arsenal back into the tie through Nicolas Pepe's penalty

But it was Arsenal who came closest to scoring before the break when Aubameyang's strike with the outside of his right foot came back off the post.