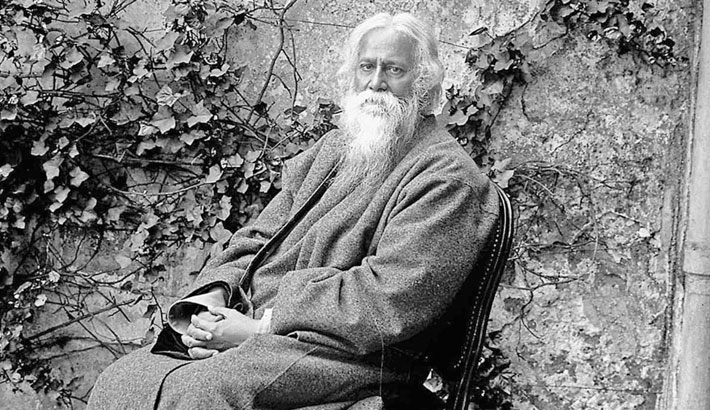 Today is the 160th birth anniversary of poet, philosopher, musician and Nobel laureate Rabindranath Tagore. Tagore was born on May 8, 1861 in the Jorasanko Thakurbari in Kolkata to Debendranath Tagore and Sarada Devi. His birth anniversary falls on the 25th day of the Bengali month of Boishakh and is popularly called ‘Pachishe Boishakh’.

Rabindranath Tagore has penned over 2000 songs, which are known as ‘Rabindra Sangeet’. His works include hundreds of novels, short stories, dance-dramas, poems, essays and travelogues. Gora, Gitanjali, Rakta Karabi, Ghare Baire, Shesher Kobita, Raja O Rani, Tasher Desh, Dena Paona, Shanchayita are some of his best works, many of which have been translated into several languages.

His works, his philosophy, and political beliefs are studied all over the world even today. Here are some facts on the Nobel laureate you may not have known:

His original Nobel prize was stolen

Everyone knows that Rabindranath Tagore was a Nobel laureate. He was the first non-European to receive the Nobel prize for literature. The award was kept in the safety vault of Visva-Bharati University where it was robbed in 2004. Since then the Swedish Academy has presented two replicas of the prize to the Visva-Bharati University. One is made of gold and the other is made of bronze.

The literary icon is father to national anthems of three nations of Indian sub-continent. From India’s ‘Jan Gan Man’, to Bangladesh’s ‘Amar Sona Banlga’, Sri Lanka’s national anthem is also based on Tagore’s poem. It is said that Tagore’s Bangla poem was translated in Sinhalese and adopted as the national anthem in 1951.

Tagore once conversed with Albert Einstein

Tagore was such a renowned thinker that many educational institutions around the world study his philosophy. This was true in his time and it continues today. One time he met with another great thinker whom the world respects til today- Albert Einstein. They both had a conversation on god, humanity, science, truth, and beauty. The conversation was transcribed and can be read online.

He was also a painter

Though he’s best known for his writing and even his music, his artistic talent didn't stop there. He took up painting and drawing at the age of 60 and even exhibited his work. When he tried his hand at it earlier he was rather displeased with his work and wrote to Jagadishchandra Bose in 1900, "Just as a mother lavishes most affection on her ugliest son, so I feel secretly drawn to the very skill that comes to me least easily."

Tagore travelled to over 30 countries on five continents in a little over five decades in the late 19th century and the early 20th century. The more he travelled, the more he fell in love with the concept of internationalism.