Apurba, Tisha pair up for new drama after 13 years 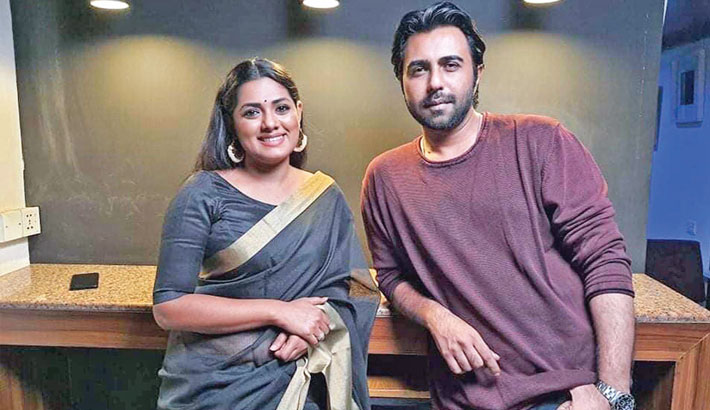 Ziaul Faruq Apurba and Nusrat Imrose Tisha, the two most popular artistes in the country, have presented many hit television dramas to the audience. They were last seen performing together in a drama in 2008. After a 13 years hiatus, the duo has paired up again in a drama titled ‘Rock Rabindra’.

Popular director Mohidul Mohim has directed the play. Apurba and Tisha stood before the camera for the drama at a shooting house in the capital’s Uttara on Thursday. According to the maker, they have maintained all safety guidelines during shooting.

Director Mohidul Mohim said, “In this corona period we have limitations in work. Though I have made the drama with utmost care. We have taken all precautions for the shooting unit. All the cast and crew have worked cordially. I’m hopeful that the audience will respond well to this drama.”

‘Rock Rabindra’ also stars Shamima Nazneen, Dr. Ejaj and others. The drama will be released on the YouTube channel of CMV on Eid-ul-Fitr festival.

Besides, Apurba and Tisha will start shooting for another project today. Directed by Shihab Shaheen, the drama’s title likely to be ‘Je Bou Er Kothai Chole’. It will also be released under CMV.