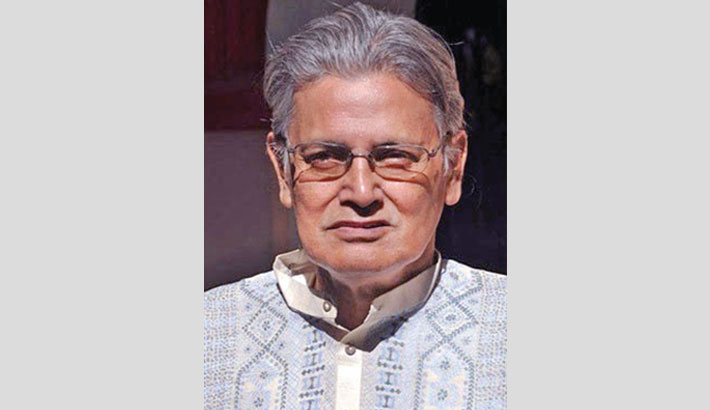 Earlier at 11am, his body was taken to Sri Sri Bholananda Giri Ashram in Gopibag where his relatives, friends and admirers paid their last tribute to him and a state guard of honour was given to Anup by Dhaka District Administration.

Anup Bhattacharya, also a founding member of Bangladesh Rabindra Sangeet Shilpi Sangstha, breathed his last at 7:40pm in a city hospital on Thursday. He was 77.

He was taken to Old Town’s Asgor Ali Hospital on Thursday evening with respiratory complications where doctors declared him dead. He left behind his two daughters, numerous admirers and a host of relatives and well-wishers to mourn his death.

In a condolence message, the premier said that Anup Bhattacharya will be remembered with respect for his contributions to the music industry.

She also prayed for the eternal peace of his departed soul and extended deep sympathy to the bereaved family members.

Anup Bhattacharya was born on July 14, 1944 in Sylhet’s Zakiganj. His musical career started on March 11, 1963 as a singer at the Rajshahi station of the then Radio Pakistan.

He performed Rabindra Sangeet, Nazrul Sangeet and folk songs on a regular basis.

When the Liberation War was begun in 1971, he joined the Swadhin Bangla Betar Kendra as a composer and music director.