Taking Refuge in the Unconventional Tagore 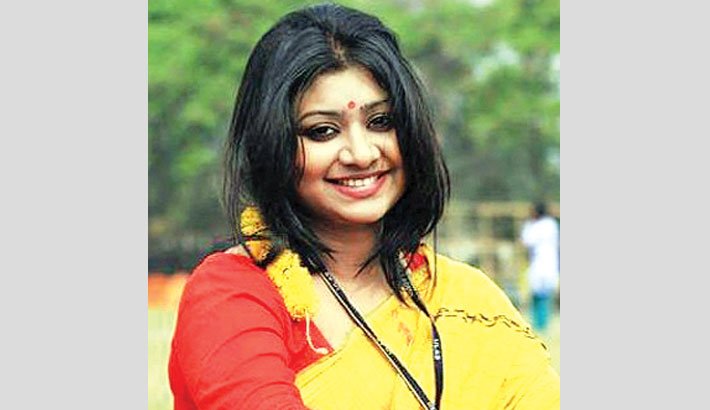 During this trying time, we keep on looking for psychological salvation. Literature of any form, undoubtedly, is a gateway to stress relief. It can be said, “One book a day keeps the blues away”. Therefore, we need to indulge in optimistic books so that we can prevent all the negative vibes from polluting our souls. However, Covid-19 is just a recent and the deadliest crisis we are dealing with now. The world has been suffering from the crisis of civilization for a long time. Intellectuals, scholars and critics say that the lack of reading good literary pieces is one of the main reasons for this global crisis. This is why it is high time we started rebuilding the habit of reading books with an open and optimistic mind. There are countless good authors; but let’s take refuge in Tagore ─ the unconventional Tagore.

It is the 161st birth anniversary (7 May 2021) of this Bard of Bengal. I dare not introduce Rabindranath Tagore to my readers. He has been over-introduced by repeating the same sets of information for over 100 years. Let me get out of this stagnant and sterile maze of knowledge and try to view and present Tagore’s non-dogmatic concepts of the global society which make him a great thinker of all times. Tagore might not have appeared like a comet, but his position against the imperial power can never be undermined. In 1917, at the height of the First World War, he declared boldly, “There is only one history—the history of man. All national histories are merely chapters in the larger one”. Tagore has always celebrated humanism and humanity in his own way.

Even in this contemporary world, the continuous conflicts of race, gender and class still keep human rights and humanity in jeopardy. Reading and understanding Tagore can decolonize our mind and help us think optimistically. However, the optimistic is also labelled as weak in our society. Tagore too had to deal with this stigma for portraying a decent and optimistic character like Nikhil in Ghore-Baire (The Home and the World). By criticizing this character, many people criticized Tagore to be weak and mild. However, Tagore expressed, “Persons who have no faith in humanity can contemptuously brand optimism as sentimental weakness”. 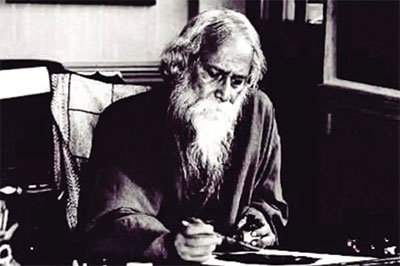 I have read many criticisms on Tagore and his works in which he is negatively portrayed as the flag bearer of imperialism. Nonetheless, Tagore was a strong critic of imperialism which made his people suffer and also of nationalism which turned human beings into mere serving tools of the nations. He refused to accept the “knighthood” after the Jallianwala Bagh massacre because he felt the British were utterly unfair to the people of India. He resisted against the power structure by writing essays like “Nationalism”, “The Bloodthirstiness of the Americans” and so on.

Tagore was in support of nationalism as long as it did not cause any harm to humanity. After all, the concept of nationalism is supposed to be stemmed from the inherent demand of human beings. In reality, in the name of nationalism, the European super powers exercised aggressive nationalism which had torn the world apart during the First World War. Therefore, Tagore perceived nationalism, which is a political product of industrial capitalism, as the root of oppression and violence. He was well aware of the perils of nationalism and even warned the US not to get entrapped in the European ideology that put nation first and humans far later. In an essay written in 1914, he clearly wrote that the war was not “World War”, rather a European war which stemmed from the aggressive nationalism of Germany.

Tagore was patriotic, no doubt, but he was more humanistic. He said, “I will never buy a glass for the price of diamonds, and I will never allow patriotism to triumph over humanity”. He never lost his faith in men and humanity as he writes, “As I look around I see the crumbling ruins of a proud civilization strewn like a vast heap of fatality and yet I shall not commit the grievous sin of losing faith in Man”. From poems to plays to novels, he celebrated the songs of humanity. He had a firm belief in the potential of men which could lead them to their ultimate emancipation.

Tagore, being a mystic, perceived the concept of freedom differently. He could distinguish between political freedom and spiritual freedom. He said, “Those who have got their political freedom are not necessarily free, they are merely powerful”. The rise of industrial capitalism has made people around the world aware of seeking economic and political freedom which they synonymously confuse with spiritual and individual freedom. However, Tagore came up with four points of true freedom that include the realizations of freedom at i. the individual level, ii. the community level, iii. from the community to the universal level and iv. from the universal to the infinity level.

This all happens through a process. But unfortunately, as Tagore said, “We read the world wrong and then say it deceives us”. It is out of misunderstanding and wrongly built interpretations which are taking us in the even darker cave of enslavement. We are enslaved in our freedom, because freedom is just an illusion of the capitalist world.

Tagore was a myriad-minded thinker who was socially and politically very conscious. If we start reading his essays and speeches, we will understand the world better. Tagore praised Western ideology, but he also criticized the capitalistic and master-like attitudes of the West which always subdued the Orients. The West wanted to show the sugar-coated idea of equality between the Master and the Slave. Tagore wrote in his essay, “The union between a manager and a coolie is not the true union”.

Reading Tagore is a treat to the soul. It is even more than that. Tagore’s political essays, novels and short stories have third-eye opening contents. By reading and understanding these pieces, the unvanquished will rise in courage, retrace his role as a human and win back his lost heritage. During this hard time, sitting safely in quarantine, let’s take refuge in the unconventional Tagore and celebrate humanity to the fullest and truest sense.

The writer is a Lecturer, Department of English, Premier University, Chittagong.