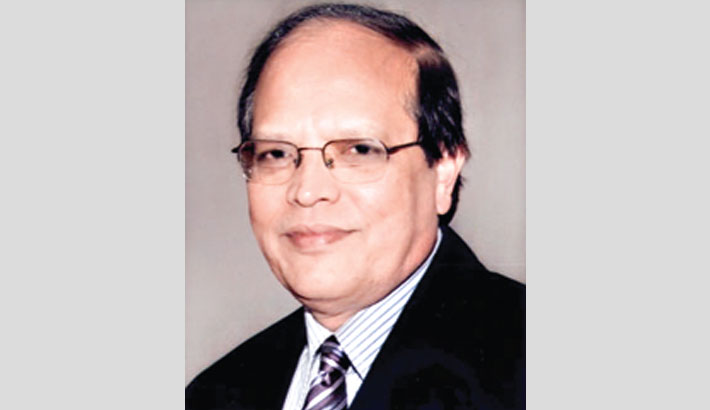 Bangladesh recently got the final recommendation to graduate from the status of a Least Developed Country (LDC) to that of a Developing Country by the relevant UN committee. The country has, however, five more years for preparing for the official graduation. That achievement of Bangladesh owes a lot to the gains from the early investment in human development including the primary healthcare as reflected in the robust health-related indicators like child and maternal mortalities in addition to the impressive life expectancy.

While the achievements of Bangladesh in health sector have been justifiably celebrated both home and abroad, it must also be noted that as the country enters a new league, targets for its health sector and the associated public investment plans and related expenditures need to be revisited and revamped. Moreover, the challenges faced during the ongoing Covid-19 pandemic have made the cracks in our health system more visible than ever.

In particular, the looming threat of moving east of the continuously rising infection in the neighbouring states of India has become a big headache for us. We need to be extra cautious about this danger and should take all kinds of preparations on a war footing so that we can contain this inflow of infections in an orderly manner. Looking at Nepal which has been badly affected as it has been caught off guard, we must, therefore, be prepared for the worst. We cannot afford any ‘business as usual approach’ as the border is so porous. So, let’s vow to be extra-vigilant and take all the short-term and medium-term preparations against the spill-over effect of this ominous health disaster across the border.

In this broader context, and with the budget session of the National Parliament around the corner, it is high time to rethink the health sector priorities of public expenditure in the country along with all other administrative measures. Apparently, people have been following health measures in terms of universal masking but the need for social distancing is being totally ignored. The campaign for even tighter health measures must be enhanced by all quarters for facing this unprecedented disaster. There is no scope of complacence here at this critical hour.

While Bangladesh has recorded commendable achievements in the health sector (especially over the last 12 years or so), we must also note that the country is lagging far behind its South Asian counterparts in terms of desired public investment in this sector.

The total investment in the health sector in Bangladesh is equivalent to just 2.34 per cent of its GDP (public and private combined), whereas the ratio is over 5 per cent (more than double) for South Asia as a whole. Similarly, our per capita health expenditure (PPP, current USD) stands to be USD 110; the amount is almost four times higher for South Asia as a whole (USD 401). Despite this lag, government expenditure in this sector has continued to remain ‘within the box’. Over the last decade, while the total expenditure of the Ministry of Health and Family Welfare (MoHFW) has increased every year, its share in the total government expenditure has, however, been hovering around 5 per cent as the size of our total GDP has also been expanding consistently. More importantly, the MoHFW has not been able to spend (on an average) more than 28 per cent of the funds allocated to its development budget. This clearly indicates that there remains a significant scope of improvement in terms of budget implementation efficiency.

It is obvious that the government needs to allocate larger share of its budget to the health sector. But at the same time, prudent decisions must also be made to map the right areas of investment (to channel the additional allocations to) to get more output from less expenditure. For example, secondary healthcare in Bangladesh receives the largest share of government investment (39 per cent of total public expenditure on health). The second largest chunk (36 per cent) goes to tertiary healthcare and as a result, primary healthcare ends up receiving the smallest share (25 per cent). No doubt, the thousands of community clinics can be upgraded with necessary placement of doctors and technical support staffs along with various testing facilities as in Kerala to beef up the expenditures on primary healthcare. Also, additional expenditures can be directed to improve primary healthcare facilities in the urban areas where the disadvantaged people engaged in informal sector hardly have access to the same. But it can be safely assumed that the largest portion of those who seek health support in Bangladesh are still in the arena of primary healthcare. And hence, policymakers need to think about how to ensure a larger share of the total health expenditure for this sub-sector.

Similarly, when we look at the pattern of the public expenditure on health sector it is revealed that in the medium term the government intends to spend 13 to 21 per cent of the total health budget for ‘medical and surgical supplies’. We know this includes expenditure for providing free-of-cost and/or low-cost medicines to the healthcare seekers coming to government-run health facilities. This implies that further increasing the share of ‘medical and surgical supplies’ in the total health expenditure will result in the people having to spend lesser amount on medicine (meaning reduced out of pocket costs for health). This may be especially beneficial to the low-income households. Geographical spread of public expenditure on health may also be improved. Review of public investment for district level government hospitals and Upazila health complexes has revealed significant geographic disparities. Hence, when increasing allocations for health sector, the government needs to ensure that a portion of this additional allocation goes for addressing such disparities.

The bottom line is – the attention to health sector needs to go beyond just increasing budgetary allocations; it must look at addressing the loopholes in the systems on a priority basis. This necessitates investigation into the loopholes (i.e., areas where there is significant scope of improvement). Nationally available statistics can be utilized to this end. For example, Household Income and Expenditure Survey (HIES) of 2016 reveals that in the urban areas, of all the healthcare seekers coming to government-run facilities only 15 per cent are from the poorest 20 per cent households. On the contrary, 28 per cent are coming from the richest 20 per cent households. This implies that households below the poverty line are significantly lagging in terms of access to government healthcare facilities in urban areas. HIES 2016 also reveals that 12 per cent of diseased/injured persons in Bangladesh do not seek any kind of formal healthcare. The ratio is expectedly higher for hard-to-reach rural areas (17 per cent) and even higher for the metropolitan cities (23 per cent). Only 17 per cent of the outpatients seek healthcare from government-run facilities. For inpatients, the ratio is expectedly much higher (57%). Moreover, the findings also show that 43 per cent of them are relying on non-government facilities (meaning higher out-of-pocket expenses for them). Hence, when we plan to invest additional resources to improve access to healthcare, we can utilize this information to set the right priorities.

It must also be noted that against the backdrop of the pandemic, the National Budget needs to focus more sharply on health sector - not just for addressing the on-going or the coming fiscal year but also for at least the entire duration of the 8th Five Year Plan. Hence, both immediate and medium-term budgetary interventions for health sector development need to be strategically considered. First, for the coming FY2021-22, the share of health sector in the total budget needs to be increased to 7 to 8 per cent. And in the medium-term, this ratio needs to be raised to 10 to 12 per cent. However, this is also true that significant share of the development budget of the health sector usually remains unspent. Implementation efficiency of the health sector needs to be increased to 80-85 per cent during FY2021-22 and in the medium-term this should go up to 90 to 95 per cent. There is no alternative to enhancing the capacity building of the health sector. For that matter, the sector needs drastic overhauling with long-term reform initiatives. The human resource development must be the key to this desired transformation. The current bureaucratic approach to health sector management including human resource development must be abandoned. There is no alternative to an autonomous professional approach to transform this sector in the long-term in line with our national ambition to become a developed country. Please mobilize all the knowledge-resources from home and abroad to design a strategic plan for this desired change.

As mentioned earlier, there is no alternative to increasing the share of primary healthcare in the total health spending (as this will reduce pressure on larger hospitals). For the next fiscal year this share should reach 30 per cent, and within the next two to three fiscal years the ratio needs to be raised to 35 to 40 per cent of the total health expenditure. Finally, to make low-cost or free-of-cost medicines further available, especially to the healthcare seekers from low-income households- share of allocations to ‘medical and surgical supplies’ for government-run facilities should be increased to 25 per cent immediately, and 30 to 35 per cent in the medium-term.

Innovative pilot initiatives should be undertaken as projects under the Annual Development Program to address regional disparities, increased outreach to the lower-income strata, and increasing coverage of government healthcare services. We must also start working to build a universal health insurance scheme as soon as possible. Pilot projects should be undertaken in the urban areas for this as well in line with the one now going on in three Upazilas of Tangail District. And they need to be scaled up and/or replicated eventually taking appropriate lessons from the pilot experimentations. Experts also recommend rethinking about the existing health cadre of the public service commission. There are suggestions to segregate the cadre so that some may be assigned specifically to health research/education, some to health administration, and some others as frontline service providers. In fact, some of them have been opining that there can be a separate service commission for the health professionals as well.

Most importantly, given the on-going threat of wide-spread Covid-19 infection, the policymakers must ensure that at least 60 per cent, if not all, of the population gets vaccinated within the next year. To ensure adequate resources for this, they should consider curtailing allocations for other sectors and channel those funds for vaccination. Also, our search for external support must continue as this is more of a global disaster. We must always remember that this is no time for the ‘business as usual’ approach. As we are facing an unprecedented health disaster, we must also go for ‘out of the box’ bold measures. Of course, we have the resources, the know-how, and the capacity and above all, the political will to do so. All that is needed now is setting the right priorities in a participatory manner and implementing the policies with the same level of prudence. Moreover, we must also set up a digital dashboard to monitor if everything is being implemented as planned. Of course, we cannot leave everything to the government. This has to be a ‘whole society’ approach. Together we survive – must be our national motto.

The writer is the Bangabandhu Chair Professor and former Governor of Bangladesh Bank. He can be reached at: [email protected]