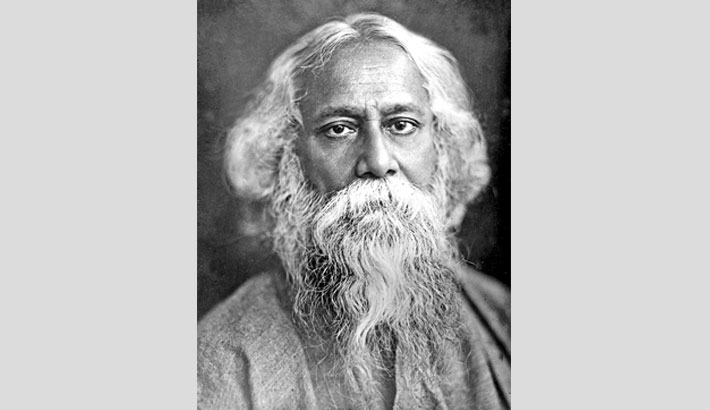 The 160th birth anniversary of Rabindranath Tagore will be observed in the country today.

On the occasion of the birth anniversary of the fountainhead of Bengali wisdom, President Md Abdul Hamid and Prime Minister Sheikh Hasina issued separate messages, paying rich tributes to the polymath.

A poet, visual artist, playwright, novelist, as well as a composer, Tagore’s works reshaped Bangla literature and music in the late 19th and early 20th centuries by exploring contextual modernism.

Born on 25th of Baishakh in the Bengali year of 1268 (May 7, 1861) at Jorasanko mansion in Kolkata, he was the youngest of 13 surviving children of Debendranath Tagore and Sarada Devi.

No poet or author had influenced the minds of so many Bengali-speaking people before or after Tagore. His popularity, which was gradual and steady, has been compared by many to Shakespeare in the English-speaking world.

Sometimes referred to as ‘the Bard of Bengal’, Tagore’s poetic songs were viewed as spiritual and mercurial.

He became the first non-European to win the Nobel Prize in literature for ‘Gitanjali’ in 1913.

The legendary poet breathed his last at his paternal residence in Kolkata on 22nd of Sraban in the Bangla year 1348 (August 7, 1941).

Usually the government and various socio-cultural organisations chalk out elaborate programmes every year to mark the birth anniversary of Tagore.

But most of these programmes will be observed virtually to maintain social distancing and follow other Covid-19 guidelines.

Bangladesh Television and other private television channels and Bangladesh Betar and FM radio stations will air special programmes and newspapers will publish special supplements highlighting the life and works of Tagore.