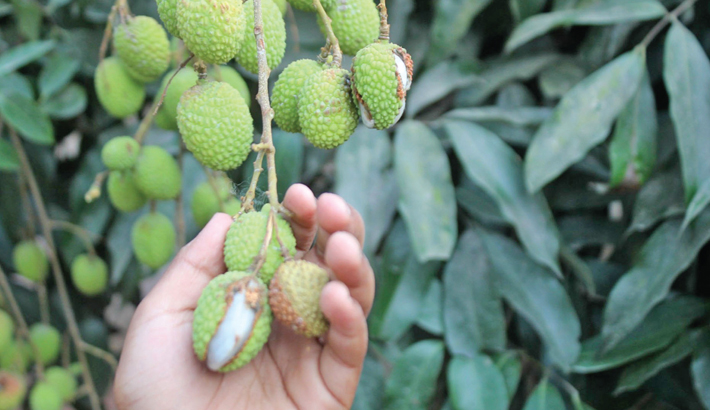 KUSHTIA: Litchi growers of the district are not happy this season as their dream of good yield of the luscious fruit—Litchi—is likely to be broken because of insufficient rain high temperature.

In this season, the fruit growers in Khoksha upazila of Kushtia become disappointment because of something they had no control over.

A number of litchi farmers at Gopgram, Satpakhia, Boroi Chara, Basoa, Daskahunia, Manikat villages in the upazila said that they had high hopes of a bumper crop this summer, a projection based on the healthy flowering of the fruit three-four months ago.

But the cultivators said that unfavourable weather had shattered their hopes. They claimed it would be really difficult for them to recover even the production cost this year.

Touhidur Rahman, the owner of a litchi farm in Gopgram, said, “A couple of years back, I brought around 20 bighas of land under litchi cultivation. Currently, there are 500 trees in my orchard. But high temperature and inadequate rains have prompted the damage of fruits.”

Last year, he pocketed Tk 3.5 lakh from the sales of litchi. “This year, I may not be able to even recover the production cost of Tk 20,000,” the humble fruit grower said.

Harez Ali, another grower, said, “I have taken an orchard in Dashkahunia village on lease for Tk 1.80 lakh. At first, I spotted fruits on the 68 litchi trees in the farm. But the unfavourable weather led to cracks on fruits and their subsequent dropping from trees.”

“I am staring at huge losses this year. The owner of the orchard is also reluctant to return the money,” he added.

According to the District Department of Agriculture Extension (DAE), 103 hectares of land were brought under litchi cultivation this year in Kushtia.

Sabuj Kumar Shaha of Khoksha Upazila Agriculture Office said, “Unfavourable weather may hit a handful of litchi growers in some villages this year, but the production of the fruit in other parts of the upazila is likely to exceed the target set by the authorities concerned.”