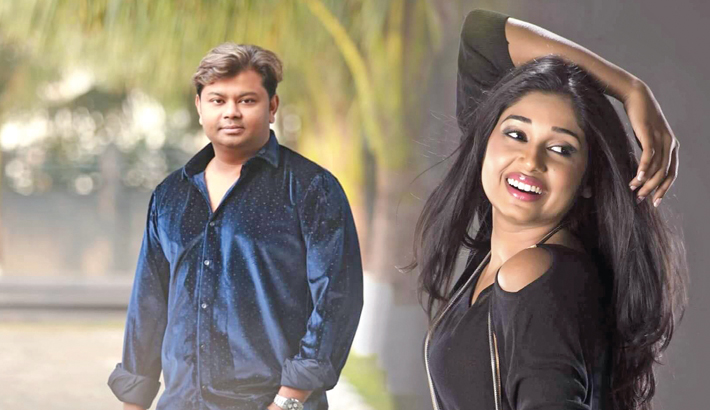 Indian playback singer Antara Mitra has lent her voice to a song with Rizvi Wahid. The title of the romantic duet is ‘Chole Aay’. This is Antara’s first song with any Bangladeshi singer.

Ritam Sen has written the lyrics for the song while music of the song composed and arranged by Indian Bengali film music composer Dabbu. Directed by Ashiqur Rahman, the shooting of the music video of the song took place at different beautiful locations of Australia.

Indian model Manjanka Jini D is feature in the video with Rizvi Wahid.

About the song, Rizvi said, “Antara Mitra is one of my favourite singers. She is a popular playback singer of Bollywood. It’s my pleasure to work with her. She has sung the song very beautifully. The video was also made as per the song’s demand. I hope the audience will like the song.”

‘Chole Aay’ will be released on YouTube channel of Dhruba Music Station today. Besides, the single will be available on Banglalink Vibe, Robi Splash and Swadhin Music app.

Rizvi Wahid is a well-known singer of the country. He has worked with many popular music directors, lyricists and singers. His some hit songs are ‘Chokheri Poloke’, ‘Ami Chai tore’, ‘Jodi Tumi’ and others.

On the other hand, Antara Mitra is an Indian Playback singer. Mitra came to limelight when she became a contestant in the popular singing reality show Indian Idol 2 in 2006. Mitra become more well-known and got recognition after the release of her duets ‘Gerua’ and ‘Janam Janam’ with Arijit Singh.