College student, his mentor arrested for plot to attack JS 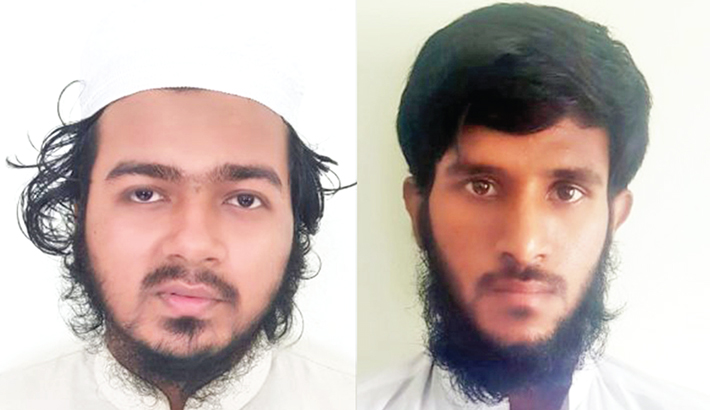 The so-called jihadi speeches of a mosque khatib (preacher) prompted a college student to open a Facebook group in a bid to collect 313 ‘jihadis’ and attack the Jatiya Sangsad with swords.

Mohammad Al Sakib, 20, a first-year student of Physics Department at Sirajganj Government College, also succeeded in getting some supporters to implement the plot.

He fixed Wednesday to carry out the attack and went there to commit so. But a team of Counter Terrorism and Transnational Crime (CTTC) unit foiled his ill attempts by arresting him from Manik Mia Avenue at about 7:30 pm on that day.

According to the police officer, after being motivated by the so-called jihadi and provocative speeches of Osama, Sakib, who is also a member of Ansar Al Islam, planned to gather 313 jihadis and attack the National Parliament and law enforcers.

Sakib opened a Facebook Group and invited those interested in participating with him in the so-called war.

Many also joined his Facebook Group and agreed to participate in the attack.

As per a prior announcement given on the social media group, Sakib with a sword, a black flag and other things came to Sher-e-Bangla Nagar to carry out the attack.

In response to a question regarding his supporters and if they came to the spot on that night, Sakib said they his fellows did not come.

On Khatib Osma, he said Osma is known as ‘Banglar Osama’ for his provocative speech, law enforcers said.

To many members of Ansar Al Islam, he is a spiritual leader like Mufti Jasim Uddin Rahmani, who was convicted and sentenced to five years in prison in connection with blogger Ahmed Rajib Haider’s murder, Saiful Islam said.

He used to spread provocative speeches on social media in the name of so-called Jihad, he added.

A case was filed against them with Sher-e-Bangla Police Station in this connection.