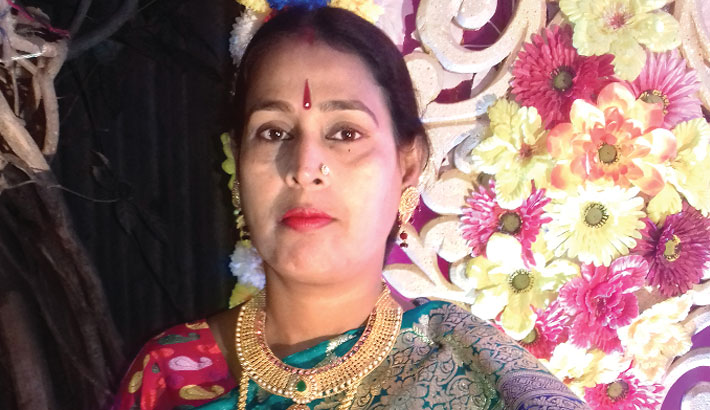 A female conservancy worker of a Buddhist temple died after falling prey to muggers in Kamalapur area of the capital early Wednesday.

The victim was identified as Sunita Rani Das, 50, a resident of Gopibagh and conservancy worker of a Buddhist temple at Mugda.

Sunita fell off a rickshaw as muggers from a private car pulled her bag near BRTC bus depot around 6:00am when she along with her nephew was heading towards the temple. The hoodlums sped away with her bag.

She suffered severe head injuries in the incident and was taken to Dhaka Medical College Hospital where doctors declared her dead around 11:00am, said victim's son Sumon Chandra Das.

The body was sent to the hospital morgue for autopsy.

Yasin Arafat Khan, officer-in-charge of Motijheel Police Station, said they were trying to identify the white car and arrest the muggers.

Earlier on February 29 last year, Tarina Begum Lipi, 38, wife of Golam Kibria, died when some muggers in a private car tried to snatch her bag near Kamalapur Stadium in the capital.

Lipi, her husband and their two children were going to Kamalapur Railway Station to return home in Sylhet by a train from their relative’s house at Rajarbagh on two rickshaws when the incident took place.

Most such muggings take place in Dhaka during midnight to early morning, and most victims are women.

On January 26, 2018, Helena Begum, an employee of Green Life Hospital, was killed after being run over by a car with a gang of muggers who were trying to snatch her purse.

The bandits took away her bag and as she fell down, the car ran over her, killing her on the spot.

On December 18, 2017, a five-month-old infant died after falling from a moving rickshaw in the city’s Doyaganj area when muggers attempted to snatch the mother’s purse.

On October 28, 2014, a woman died after muggers dragged her several feet on the street while trying to snatch her handbag near Sobhanbagh mosque in the capital’s Dhanmondi area.