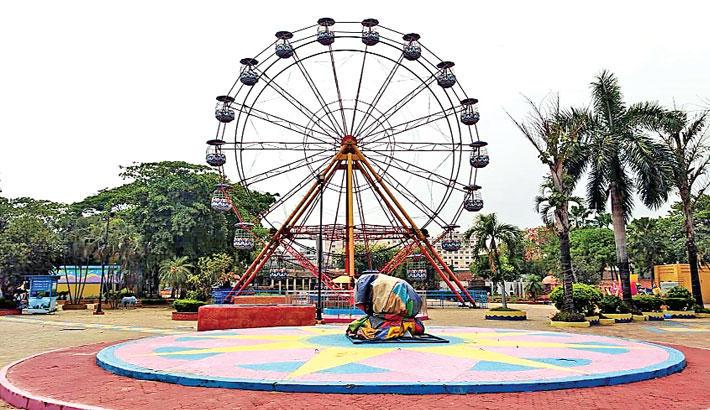 The Bangladesh Association of Amusement Park and Attractions (BAAPA) has expressed concern over the ongoing situation and said it has been faced bankruptcy due to long shut of the sector as per the government decision to curb the spread of corona infection.

“If the amusement parks have not opened now like other business establishments, it will be almost impossible for these establishments to survive,” said a businessman related to tourism sector.

According to the decision of Bangladesh Tourism Board and various international organisations, less than 50 percent of the capacity of the park should be maintained and visitors should maintain their social distance and conduct activities including installation of thermal scanner outside the main entrance of the park, visitor testing, ticket collection, use of hand sanitiser, regular sanitation of food courts and rides to prevent corona virus infection.

All the arrangements as per the instructions have been confirmed by the park authority.

A recent report in the Lancet, a well-known medical journal in New York, found that coronavirus infections were less common outside the home.

Considering that amusement parks are located in open spaces, the chances of infection from here are much less, investor justified. It is possible to provide services to visitors from a distance of more than 6 feet which is not possible to maintain in other sectors.

An immediate government decision is needed to open the parks like other sectors a few days before Eid-ul-Fitr in compliance with the highest health rules announced by the government.

“We have managed the parks properly as per the health guidelines. So we think it would not be fair to judge privately invested amusement parks in the same light as those tourist centers. Meanwhile, the water in all the water parks in Bangladesh is purified by chlorine and the water mixed with chlorine prevents corona virus infection,” the businessman also said.