Fire breaks out in Sundarbans again 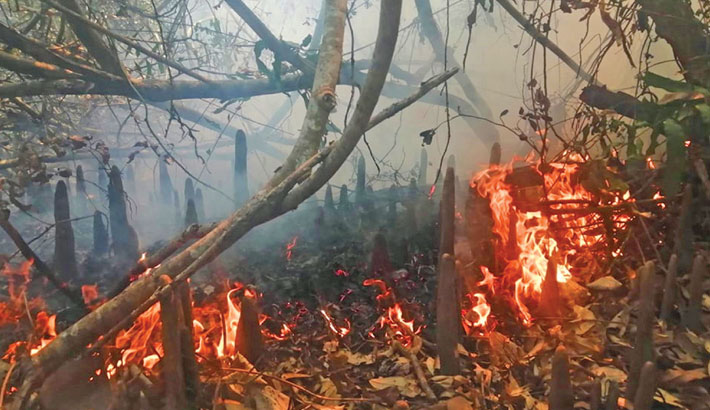 A fire broke out in Daser Bharani area of Sharankhola Range under Sundarbans East Forest Division at 11am on Monday.

Md Golam Sarwar, deputy assistant director of Bagerhat Fire Service and Civil Defence, said, “When we received the news, we sent a team of firefighters to the spot to douse the fire.”

“The losses caused by the fire could not be known immediately as the weak mobile network in the area is hampering communications with the firefighter,” he said.

“Forest guards and firefighters along with local people are trying to douse the fire from noon.

They started digging fire canals around the site to prevent the fire from spreading in the forest,” he said.

“The part of the forest, which caught fire, is covered mostly by shrubs and grass. So we hope the fire will be brought under control soon,” he also said.

Earlier on February 8, a fire at Dhansagar station under Chandpai range of the Sundarbans East Division burnt down at least four decimals of forestland.

The forest department said they were investigating the origin of the fire.