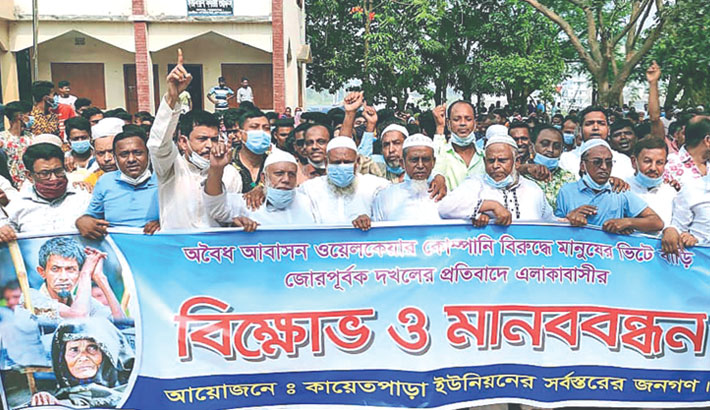 Locals staged demonstrations and formed a human chain in Rupganj upazila of Narayanganj district on Monday in protest against the land grabbing by fake real estate company Welcare Consortium Ltd.

Locals alleged that the unscrupulous company, Welcare Consortium Ltd, bought only 3-4 bighas of land under Majina mouza of Kayetpara union.

However, it forcibly grabbed about 500 bighas of land from innocent farmers and started filling the land with sand.

Aggrieved by its activities, the locals staged demonstrations and formed the human chain against the company.

Speakers at the programme said the people will resist this fake company unitedly if it tries to grab land without giving fair prices to farmers.