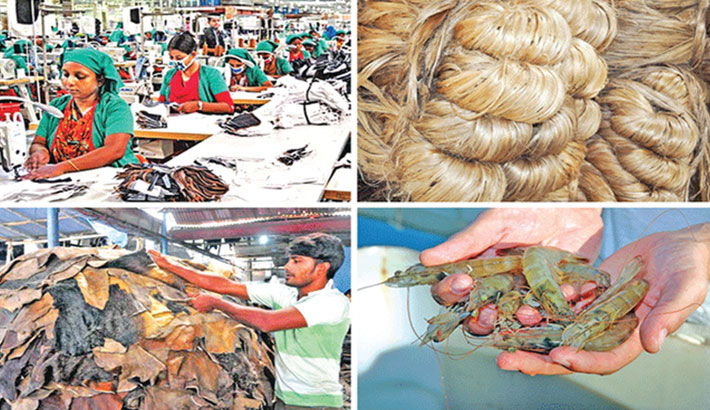 Bangladesh’s exports earned $3.13 billion in April this year compared to $520 million during the same month a year earlier.

The exporters attributed the growth to the reopening of major export destinations after the pandemic situation improved there.

They also said the factories have returned to production and orders were being placed.

According to the exporters and market experts, the sharp growth is a clear sign that the recovery from the pandemic is well underway.

They, however, said though the comparison of the export data with the last year scenario would not show the real picture, the single month earnings are quite good in any previous comparison.

Overall export earnings in July-April also grew by 8.74 percent to $32.07 billion period comparing the same period of the last fiscal, according to the Export Promotion Bureau (EPB) data.

Readymade garment, the lifeline of the country’s export earnings, fetched $26 billion in the July-April period, a 6 percent higher than the same period of last fiscal.

Of the RMG, the knitwear sector shipped $13.99 billion worth products, registering a 15.34 per cent growth, which was $12.13 billion in the corresponding period of last fiscal.

The shipment of knitwear items is increasing as people are spending more time indoors. Because of the pandemic, the demand for woven garment has fallen sharply.

The earnings from jute and jute goods shipment crossed $1 billion mark just in 10 months for the first time.

“Although the earnings are yet to return to the normal growth level, it is clear the export is rebounding,” said Faruque Hassan, president of Bangladesh Garment Manufacturers and Exporters Association (BGMEA).

He said the growth would be back to normal after full opening of the EU market, a major destination of the country’s garment products.

Earnings from leather and leather goods in the first 10 months of current fiscal year grew by 8.56 percent to $760.92 million from $700.93 million in the same month a year earlier, showed the EPB data.